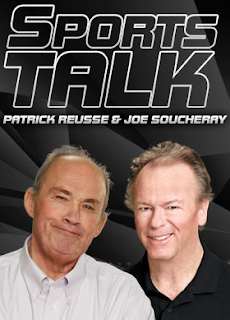 KSTP 1500 AM is pulling the plug on longtime talk-show hosts Joe Soucheray and Patrick Reusse.

Both are leaving the air in four weeks, it was announced Friday, according to the Star-Tribune. The morning show “Mackey & Judd” and anchor John Heidt will be gone as well.

Also exiting the station will be Brad Lane, who been PD since 2011. Overall, Lane has been with the station for 20 years.

In all, the news affects nine hours of weekday programming on 1500 AM, which adopted a sports format in 2010 and renamed itself ESPN 1500.

Reusse, who also writes a sports column for the Star Tribune, said he learned the news in a phone call Friday with Dan Seeman, VP and general manager of the station’s owner, St. Paul-based Hubbard Broadcasting.

“I’m 72 years old. It’s not like you don’t expect it to end someday. I am not somber about it in any way,” he said. “It’s been a hoot. I think I survived in radio because I never took it terribly seriously. It was always about fun for me.” 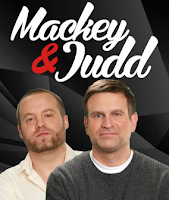 In an interview Friday, Seeman confirmed the cuts and called Soucheray and Reusse “legends in this market.”

“This is more reflective of a change in the media landscape than it is to any performance or any passion, or any creativity that these guys have brought to the airwaves every day,” he said.

Seeman said KSTP plans to develop new shows in the next few months that will debut online first and also air on the AM dial. But he said he’s not sure what will actually be on the air on Sept. 8.

“I don’t know. I’m not being coy. We don’t know yet. We may not be there Sept. 8. We may not really launch anything until mid-October,” he said.

Morning-show co-hosts Phil Mackey and Judd Zulgad will continue to work at the station and Soucheray’s 'Garage Logic' podcast will continue and will be produced by Hubbard, he said.

KSTP has lagged in the ratings, far behind sports rival KFAN 100.3 FM. Overall, it ranked 21st among adult listeners in July with a 1.0 audience share according to Nielsen Audio, compared to a 3.7 share for No. 11 KFAN.
Posted 4:45:00 AM