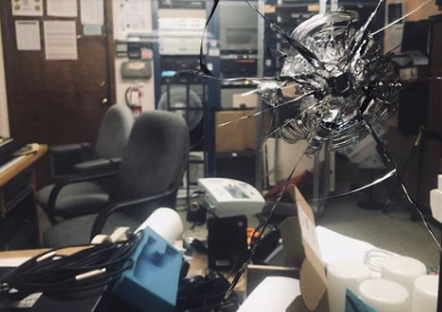 Devereaux-Weber said the shooter didn't say anything at all, so the people who were working at the station couldn't tell what his or her motive may have been.  The station was transitioning from one show to another when the shooting happened.

Devereaux-Weber confirmed that the person shot was a 33-year-old man who hosts a show. He's reported to be in stable condition.

The board president added that the station was off the air for about six hours while police investigated the shooting. 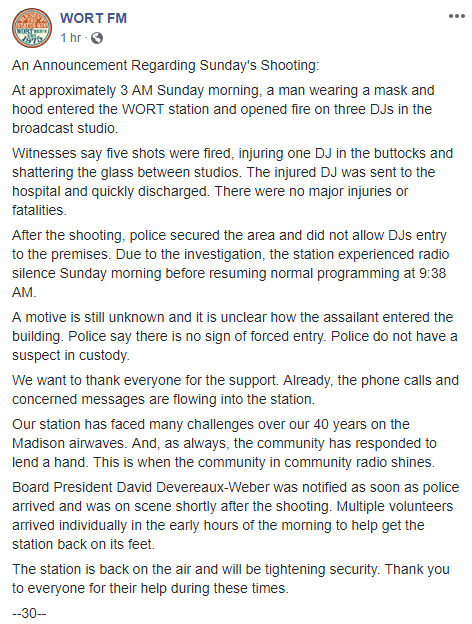 Police are still searching for the shooter.  The Madison Police Department's Violent Crime Unit is investigating, and anyone with information is asked to call the Madison Area Crime Stoppers at 608-266-6014.
Posted 4:02:00 AM