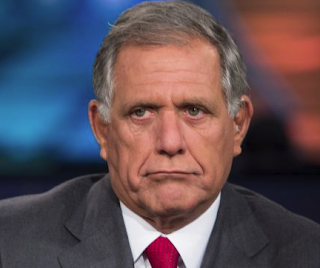 Shari Redstone, the controlling shareholder of CBS Corporation, is quietly looking for a potential replacement for Leslie Moonves, the embattled chief executive of CBS, according to NBC News citing two people close to her.

The sources, who asked not to be named because they were not authorized to speak publicly on the matter, said that Redstone has asked people about possible replacements who could run CBS.

Richard Parsons, the former CEO of Time Warner, who is expected to join the CBS board, is helping to forward names of potential candidates to Redstone, according to one executive.

Spokespeople for CBS and National Amusements, the Redstone family’s holding company that controls CBS, both declined to comment.

The discussions come as Moonves continues to grapple with the fallout from sexual misconduct allegations recently published in The New Yorker, though it is far from clear that Moonves is planning to step down. On July 27, the magazine reported that six women, four of whom spoke on the record, have accused Moonves of sexual harassment or misconduct. Of these allegations, four accused Moonves of forcible touching or kissing, and two alleged sexual misconduct or harassment. The allegations stretch from the 1980s to the 2000s.

On a recent earnings call, Moonves, on advice of counsel, did not address the allegations and instead discussed future growth projections at the company. The CBS board of directors announced an investigation into the allegations, but did not take any action against Moonves.

Redstone and Moonves have squared off in recent years, with Redstone seeking to merge CBS with Viacom, which is also controlled by Redstone’s National Amusements. CNBC reported in April that Redstone would try to replace Moonves if the two companies were not combined.