Report: NBC Had To Know Of Matt Lauer's Behavior 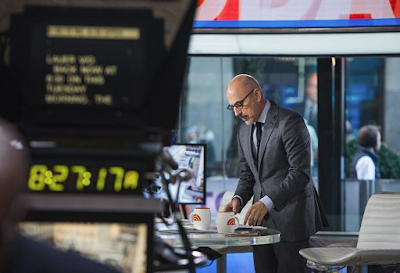 NBC is finding itself again under a harsh spotlight, with a recent exposé painting the Peacock Network as a “boys’ club” that ignored a culture of sexual misconduct with a focus on disgraced “Today” anchor Matt Lauer.

According to Page Six at The NY Post, former NBC News host Lauer, who was fired last year over sexual misconduct allegations at the height of the #MeToo movement, is at the center of an expose in the September 2018 issue of Esquire.

Citing a senior NBC source, Esquire wrote that several staffers confronted Lauer weeks before he was fired by NBC because news organizations were looking into his behavior.

“We sat down with him, looked him in the eye, and said, ‘Is there anything you can think of that even you don’t consider to be harassment that might fall into this category?’ And every one of those times he said there’s nothing. On a couple of those occasions, he said, ‘I’ve been racking my brain.’ Those were his words,” the NBC source told Esquire.

Esquire pointed to a variety of public incidents that further demonstrate that Lauer’s behavior was well known at NBC, such as infamous comments made during a 2008 Friars Club roast of the former “Today” star, comments made by Katie Couric on an episode of Andy Cohen’s “Watch What Happens Live” and even old video of Lauer telling Meredith Vieira to “keep bending over … it’s a nice view.”

“Sources at the network say that NBC News had long operated as a kind of boys’ club in which such peccadilloes and intraoffice flings were swept under the rug,” Esquire’s David Usborne wrote.
Posted 3:46:00 AM