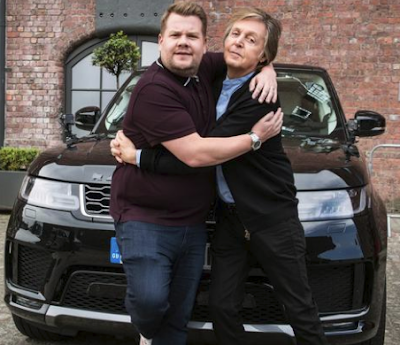 CBS promises never-before-seen footage from the “Paul McCartney Carpool Karaoke” segment, according to The Orlando Sentinel.

“The Late Late Show With James Corden” presented the McCartney segment on June 21. Corden had taken his show to Central Hall Westminster in London for a week.

During “Carpool Karaoke,” the Beatles legend and Corden drove around Liverpool, stopped at McCartney’s childhood home and visited places referenced in the song “Penny Lane.”

McCartney also happily stunned locals by performing at a pub.


“We were overwhelmed by the response to our ‘Carpool Karaoke’ with Paul McCartney. We loved making it and knew we had something special, but it was so wonderful for us to see how many people watched and enjoyed it,” said Ben Winston, executive producer of “The Late Late Show.”

“I think it resonated with people as Paul’s music speaks to every generation, young and old, especially today,” Winston added. "We are so delighted CBS has given us this prime-time special to make an hour-long version of this ‘Carpool Karaoke.’ Now everyone can see the joy of that concert and more of their chat.”