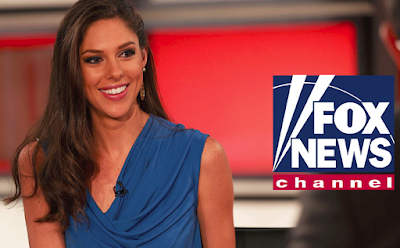 According to The Hill,  Huntsman will rejoin former Fox News co-host Meghan McCain on the long-running female roundtable opinion program, replacing Sara Haines who left the show to join the third hour of "Good Morning America."

Fox News confirmed to The Hill that this Saturday and Sunday will be Huntsman's final weekend co-hosting "Fox & Friends Weekend."

"Abby has lots of fans at ABC and is expected to end up at The View," a source close to the situation told The Hill.

The younger Huntsman has been critical of President Trump, particularly over his relationship with Russian President Vladimir Putin, Newsweek reported. She recently slammed the president after his meeting with Putin last month, in which Trump seemed to side with Russia on U.S. election interference.

“No negotiation is worth throwing your own people and country under the bus,” Huntsman tweeted.
Posted 3:45:00 AM