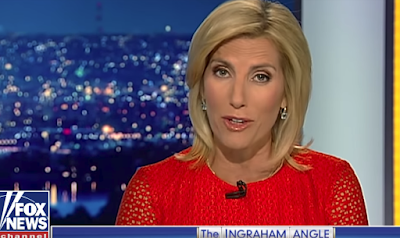 Fox News host Laura Ingraham has addressed the controversy over her remarks on her Wednesday show.

During that show, Ingraham lamented the “massive demographic changes” due to immigration, prompting a ringing Twitter endorsement by ex-KKK leader David Duke, which he later deleted.

Her comment also sparked backlash and a renewed call for an advertising boycott.


She continued on: “A message to those who are distorting my views, including all white nationalists and especially one racist freak whose name I won’t even mention. You do not have my support. You don’t represent my views and you are antithetical to the beliefs I hold dear.”

She then said the purpose of her talk was to point out that the “rule of law” and “secure borders” is something that “used to bind our country together” before praising merit-based immigration for doing “wonders” for the nation’s economy.
Posted 4:30:00 AM