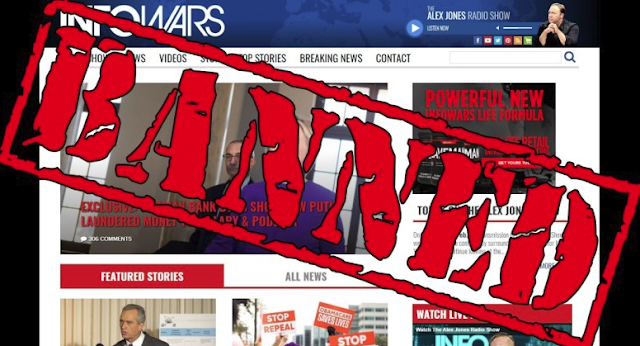 The Washington Post reports major technology companies including Apple, Facebook and YouTube this week deleted years of content from conservative conspiracy theorist Alex Jones and his Infowars shows over allegations of hate speech, a sudden clampdown that is fueling the growing debate over the degree to which technology companies block those who spread objectionable material.

The move, led by Apple’s decision Sunday night to remove most of Jones’s podcasts, was unusual for its sweep and speed, suggesting a new assertiveness by technology companies that in the past have worked to avoid alienating conservatives who often contend that left-leaning Silicon Valley is biased against them. The removals appeared to be prompted by an increasing number of users flagging Infowars content for policy violations and by increased public pressure on tech firms in recent weeks. 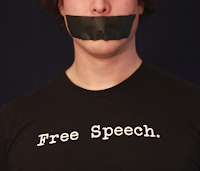 Jones’s shows long have sparked complaints because of many elaborate and unsupported claims, including that mass shootings such as the 2012 massacre at Sandy Hook Elementary School may have been staged and that the government orchestrated the Sept. 11 terrorist attacks. In July, YouTube banned one of his videos from June entitled “How to Prevent Liberalism,” which depicts a man shoving a child to the ground.

But in acting against Jones in recent days, the technology companies cited unspecified violations of their rules against hateful language. Facebook said in a statement Monday that it was removing four of Jones’s pages "for glorifying violence, which violates our graphic violence policy, and using dehumanizing language to describe people who are transgender, Muslims and immigrants, which violates our hate speech policies.”

Facebook, YouTube and Twitter have long clung to the claim that they are neutral platforms. And while they block some content, such as child pornography, they have resisted being arbiters of what is objectionable. Their actions in recent days echoed the abrupt removal of the accounts of some white supremacists a year ago, a few days after the far-right rallies in Charlottesville. But after the backlash from Charlottesville and the Russian use of social media platforms to interfere in the 2016 U.S. presidential election, companies have become increasingly willing to block abusive content, even at the risk of impinging on free speech.

The recent actions by the technology companies also highlight the opaque nature of their decision-making, with most not publicly specifying what content by Jones violated their policies or how they decided what posts to block and which to leave online. Jones has treaded close to some definitions of hate speech for years.