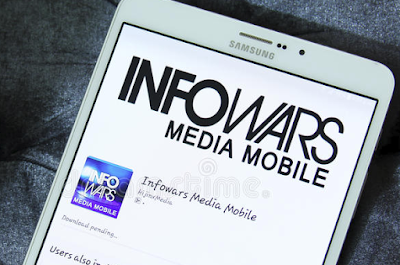 The Infowars app is rising in the Apple store's rankings after a number of other major digital platforms cracked down on its content, The Hill is reporting.

The app has surged in popularity in recent days from the 47th to the 4th most popular Apple store news app in the United States. That position places Inforwars over CNN, Fox News and The New York Times's apps, according to app analytics site, App Annie.

In Google Play’s app store for Android, the Infowars app currently sits at the 11th spot for the most popular U.S. news app, up from its previous spot at 31st.

The app lets users access Infowars videos and articles as well as the Infowars store.

Apple and Google Play are still allowing users to download the app but a number of other platforms have booted Infowars and its founder Alex Jones, including YouTube and Facebook, citing content that violated their policies.

The crackdown has seen the app surge in popularity on platforms where its content is still accessible.

Apple has removed Alex Jones's podcasts from iTunes and its podcast app, but has not taken action against the Infowars app.


We didn’t suspend Alex Jones or Infowars yesterday. We know that’s hard for many but the reason is simple: he hasn’t violated our rules. We’ll enforce if he does. And we’ll continue to promote a healthy conversational environment by ensuring tweets aren’t artificially amplified.
— jack (@jack) August 8, 2018

Dorsey also said in his tweet thread that it is the responsibility of journalists to “document, validate, and refute” the information that “accounts like Jones’” often spread.

“This is what serves the public conversation best,” he said.