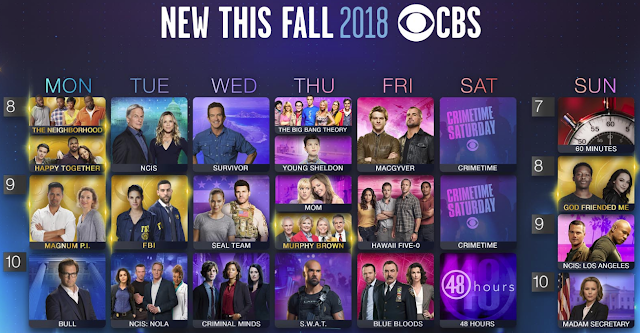 CBS launched its Television Critics Assn. press tour session presenting its fall season in Beverly Hills on Sunday with a statement about the network’s embattled CEO Leslie Moonves — and then opened up the room to an array of tough questions from reporters.

According to E-W, CBS entertainment president Kelly Kahl took the stage and began the day with this statement: “Obviously this has been a tough week at CBS. I know there was some speculation we would cancel today. There are literally thousands of talented producers, writers, actors, crews — not to mention all the people at CBS — who have been preparing for months to launch the fall season. They worked incredibly hard and they deserve our best efforts to share all the new shows with all of you. We are committed to a collaborative, inclusive and safe workplace. I have had many female colleagues who have come to us this week who have been saddened by what they’ve read about our company. They said it does not represent their experience at CBS. I’m not saying we’re perfect. No large company is. And there’s always room for improvement. But a lot of us have been here a long time precisely because CBS Entertainment is such a fulfilling place to work. Everyone here has remained laser-focused on the job at hand. That means nurturing more than 40 shows in production… Even with all that’s going on around us, we’re running our business. We have the best execs in television and we’re doing our jobs.”

“In regard to Leslie, a few people at CBS have already attempted to put their thoughts into words,” the executive added. “I think Terry Press, president of CBS Films, wrote eloquently about the situation. And Stephen Colbert spoke thoughtfully and powerfully on his show this past week. I know they both struggled to express their feelings. I struggle as well. Leslie has been an excellent boss and a mentor for a long time. He put me in this job. At the same time, we must respect the voices that come forward. All allegations need to be and are being taken seriously.”
Then Kahl took a seat and opened up the room to questions. One reporter asked: Yes or no: Does CBS need a radical cultural change for all employees?

To which Kahl replied: “We take workplace safety really seriously. If you look up and down the halls, you will find a safe environment, over 40 shows in production, the vast majority of those shows have excellent sets. Everybody is very happy and safe.”
Posted 3:55:00 AM