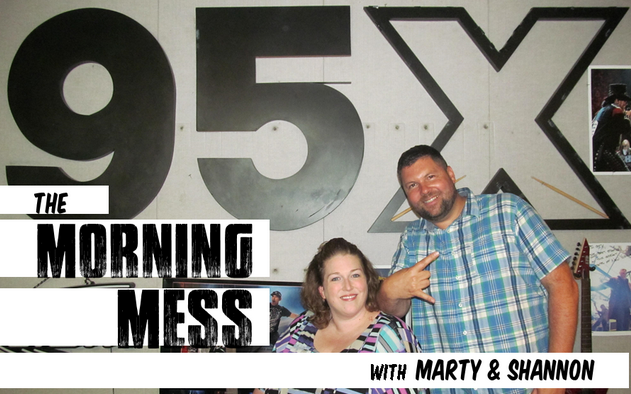 The two hosted their first edition of "The Morning Mess" Monday morning on the Cumulus owned radio statio, according to syracuse.com.

Marty and Shannon previously hosted Marty & Shannon in the Morning on Hot 107.9 FM, until they were replaced by a syndicated show by Elvis Duran in 2010.

The duo replaces Brian Robinson, who has been the morning host on 95X since The Show with Hunter & Josh moved to K-Rock in October 2012. In a post on his Facebook page, fellow 95X deejay Big Smoothie said Robinson "no longer works for the company."
Posted 3:35:00 AM