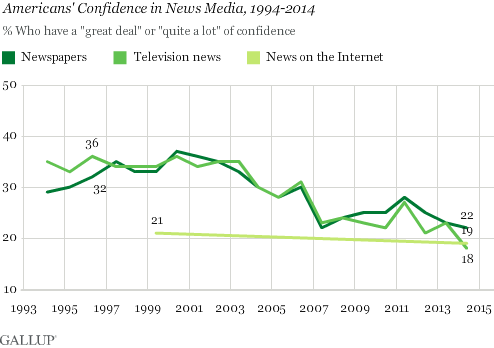 Americans' faith in each of three major news media platforms -- television news, newspapers, and news on the Internet -- is at or tied with record lows in Gallup's long-standing confidence in institutions trend.

This continues a decades-long decline in the share of Americans saying they have "a great deal" or "quite a lot" of confidence in newspapers or TV news, while trust in Internet news remains low since the one prior measure in 1999.