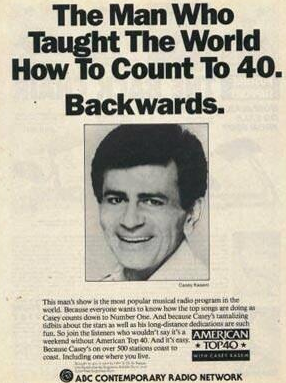 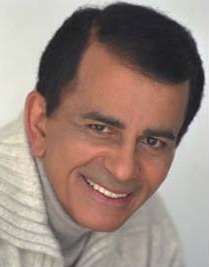 Ryan Seacrest, who took over Kasem's American Top 40 show in 2004, paid tribute to his idol in a statement, according to People magazine.


"It's a sad day for the broadcasting community and for radio listeners around the world," said Seacrest, 39. "When I was a kid, I would listen to Casey Kasem's AT40 show every weekend, and dream about someday becoming a radio DJ. So when decades later I took over his AT40 countdown show, it was a surreal moment."

Long before MTV and the internet #CaseyKasem made sure you were hearing the best music out there. Peace be to his family and RIP. #Respect
— Carson Daly (@CarsonDaly) June 15, 2014


Casey Kasem, a radio star whose smooth voice encouraged millions of listeners to "keep your feet on the ground and keep reaching for the stars," died Sunday in a hospital outside Tacoma, Wash. He was 82.

What others are saying about Casey Kasem:

I'll always remember when he announced my first #1 record. "Keep your feet on the ground and keep reaching for the stars." #CaseyKasem
— Donny Osmond (@donnyosmond) June 15, 2014