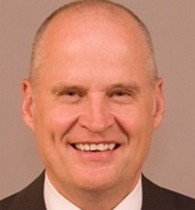 You don’t survive at the top of Chicago radio as long as Rod Zimmerman has by shooting your mouth off with predictions that could come back to haunt you.

So when Robert Feder at  chicago.timeout.com tried to press the man who has headed the CBS Radio money machine here for 13 years to speculate on the long-term prospects for his two most troubled stations — classic hits WJMK-FM (104.3) and adult-contemporary WCFS-FM (105.9) — he politely but unequivocally refuses to take the bait. “I’m not going to make any forecasts,” he says. And that’s that.

As senior vice president and market manager of the seven-station CBS Radio cluster, Zimmerman probably would prefer to keep the focus on his group’s much more successful properties — rhythmic Top 40 WBBM-FM (96.3), all-news WBBM-AM (780), sports/talk WSCR-AM (670), country WUSN-FM (99.5) and adult rock WXRT-FM (93.1). But it’s the two weak links in the chain that competitors are watching (and listening to) most closely. Jack FM and Fresh, as WJMK and WCFS are known, ended the year dismally, finishing 20th and 23rd, respectively, in Arbitron’s December survey of adults in the “money demo” between the ages of 25 and 54.

In an effort to jump-start the two underperforming stations, CBS Radio conducted marketwide music testing and a perceptual study that pointed the way to adjustments in their formats and playlists. Here’s how Fresh alerted listeners earlier this week on its website: 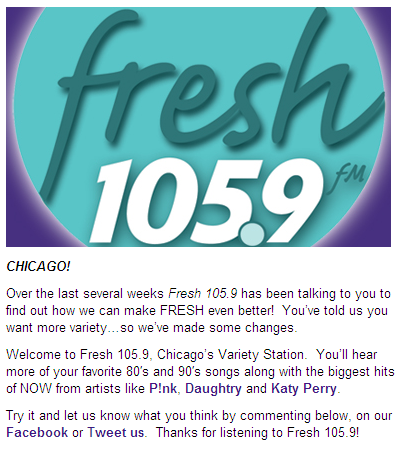