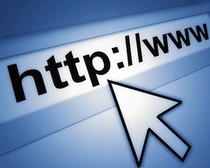 The Eygptian government's crackdown on protesters intensified Fridaym reports wsj.com,  with access to most forms of mass communication, including the Internet, mobile and SMS down, even as United Nations Secretary General Ban Ki-moon warned that "freedom of expression should be fully respected."

As the country braced for huge antigovernment protests on the traditional day of prayer, the government appeared to have unplugged most means of communication—including social network Facebook and Twitter—that activists had been using to coordinate action across the country. Landline calls placed from outside the country, however, were connecting.

In a blog, U.S.-based Internet intelligence firm Renesys recorded how late Thursday it saw "the virtually simultaneous withdrawal of all routes to Egyptian networks in the Internet's global routing table," in what it called "an action unprecedented in Internet history."

It contrasted the scale of the crackdown with the "modest Internet manipulation that took place in Tunisia, where specific routes were blocked, or Iran, where the Internet stayed up," but download times were slowed. Facebook and Twitter weren't immediately available to comment on what is happening in Egypt.