Fans listening to WFLA-AM 970's AM Tampa Bay show Friday morning heard a troubling moment, which left some people concerned about the health of news anchor Martin Giles, according to a story at tampabay.com. 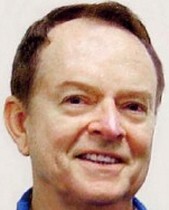 The problem surfaced about 8:30 a.m. when Giles, 74, repeatedly stumbled over words in a news break, and seemed to have trouble speaking. After struggling to pronounce relatively simple words, he called for a commercial break.

Once the promotional messages concluded, Giles tried again to read copy on the air but his problem seemed worse. He struggled to form words that made sense, eventually giving up and saying, "Let's move on."

AM Tampa Bay co-host Tedd Webb began reading another promotional message as listeners could hear voices in the background talking.

Since then, some people who heard the broadcast have e-mailed the St. Petersburg Times asking if Giles had a stroke. But there are other medical conditions that can mimic the symptoms; as of press time, Giles' family had not made any official statements about his health or the incident on Friday.

"Out of respect for Martin's privacy, I really can't say anything about what happened," said Steve Versnick, program director at WFLA
Read more here.
Posted 12:09:00 AM