A Mother's Plea: Go Back To Rehab

Julia Williams says she's broken-hearted but not surprised that her newly famous son, Ted Williams, the man with the golden voice, has left rehab in Texas after barely two weeks. 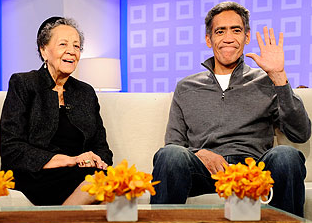 "I'm very sorry that he left, and I'm very upset," Williams, 90, tells PEOPLE. "Certainly I want him to go back. He needs help."

Julia says she heard from family that Ted went to California, perhaps to Hollywood, to record children's books. She says she's optimistic he'll keep busy and not return to a life on the streets, but doesn't think he can stay sober without professional help.

"I know he doesn't stick at things for long. Whatever it is, he soon tires of it," she says. "He thinks he can make it on his own, without rehab. And I'm sure he can't."

A family friend told UPI that Williams was disturbed by the sight of cameras at the Origins Recovery Center, by a medication regimen so heavy that "when he wasn't in [therapy] class, he was asleep," and by more interview requests from Dr. Phil McGraw, who had convinced him to enter rehab in the first place.