Coming to a comic stand near you 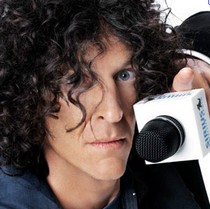 The radio shock jock will see his life story play out in the pages of a comic book from Bluewater Productions that will come out in April, the company said on Wednesday, according to reuters.com.

The comic book, which will retail for $3.99, will chronicle Stern's rise to fame, and the unique and no-holds barred style he brought to broadcasting, as well as his move to Sirius satellite radio in 2006.

The comic is titled "Orbit: Howard Stern," Bluewater Productions said. The company plans other biography comics under the "Orbit" title.

Stern, 57, describes himself as the "king of all media" for his work outside radio, which includes TV shows, books and appearing as himself in the 1997 movie "Private Parts".