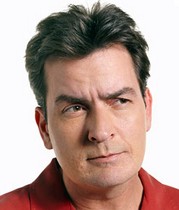 Fresh off an epic bender, actor Charlie Sheen is going to rehab - and his hit sitcom is going on hiatus, according to nydailynews.com.

TV's highest-paid star "has voluntarily entered an undisclosed rehabilitation center," said his spokesman, Stan Rosenfield. "He is most grateful to all who have expressed their concern."

His top-rated CBS show "Two and a Half Men" - which had been scheduled to resume shooting Tuesday - was placed on immediate production hiatus Friday.

"We are profoundly concerned for his health and well-being, and support his decision," said a statement from CBS.

Shortly after the rehab announcement, Sheen sent a text to gossip site RadarOnline.com brushing off the hubbub surrounding his partying ways.

"People don't seem to get it. . . . Guy can't have a great time and do his job also?" the website reported.

When Sheen ended up in the hospital, his camp insisted the cause was "severe abdominal pain." One friend improbably suggested the actor aggravated a hernia - by laughing at a television show.

Initially, Sheen, 45, indicated he planned a return to the set for business as usual when the show resumed filming next week.

Instead, after a hospital visit from his parents and ex-wife Denise Richards, Sheen went into rehab - again. Dad Martin Sheen was "worried Charlie is going to kill himself," a source close to the family told RadarOnline.com.