Advertisers Back Away From 'Skins' 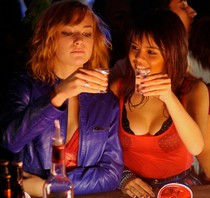 Fast-food chain Taco Bell Corp. is pulling its ads from "Skins," the new MTV show that has kicked up a furor over racy scenes involving underage actors.
According to an articvle by Emily Steel and Sam Schechner at wsj.com, other marketers are distancing themselves from the show. General Motors Co. also said it is backing out of the show, after ads for its Chevrolet brand mistakenly ran during the premiere. Tax preparation firm H&R Block Inc. said it was taking steps to make sure its ads won't run during the show after an ad for the firm ran "inadvertently" as part of a rotation, said H&R Block spokeswoman Kate O'Neill Rauber.

Viacom Inc.'s MTV debuted "Skins" last Monday, prompting a barrage of attacks from the Parents Television Council, which criticized the sexual content of the show and depictions of drug and alcohol use involving minors. "We've decided that the show is not a fit for our brand and have moved our advertising to other MTV programming," said Taco Bell spokesman Rob Poetsch.

GM spokeswoman Ryndee Carney said that Chevrolet ads appeared during the show on Jan. 17 by "mistake."

GM advertises on other MTV programs but Ms. Carney said the content of "Skins" does not "fit with our brand image."

That uproar over 'Skins': A blessing for the show (kansascity.com)