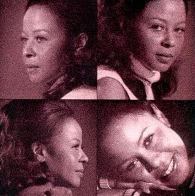 Known as “The First Lady of Chicago Radio,” Yvonne Daniels was an African-American broadcast pioneer. Her soothing voice and knowledge of jazz made her a favorite with listeners throughout America’s Midwest.

The daughter of jazz singer Billy Daniels, she began her radio career at a Jacksonville, Illinois, rhythm and blues station. Later she joined WYNR/Chicago, where her jazz show competed with popular disc jockey Sid McCoy on WCFL. At McCoy’s urging, WCFL eventually hired Daniels and soon the team was heard in 38 states, thanks to the 50,000-watt power of WCFL.

In 1973, she moved to WLS/Chicago, another 50,000-watt powerhouse, where she became the station’s first female disc jockey.

During the 1980s, Daniels worked Chicago morning shows on WVON, WGCI and eventually on “Smooth Jazz WNUA.” During her 30-year career, Daniels is credited with paving the way for future generations of female radio personalities.