Static on the Citadel Radio Dial

Executives who run public companies, and the directors who oversee them, are supposed to operate with the shareholders’ best interests at heart. If a capitalist society like ours is to function, that has to be a bedrock principle.

The reality, reports Gretchen Morgenson at nytimes.com, can be far different, as shareholders in Citadel Broadcasting, a radio broadcasting company that exited bankruptcy last June, say they are discovering. A majority of the company’s owners contend that they are being victimized by their board’s refusal to entertain a buyout offer from a competitor, Cumulus Media. They say they are worried that the Citadel directors’ inaction is intended to let an ineffective chief executive hang on to his job.

Citadel is the nation’s third-largest radio broadcasting company; it owns and operates 166 FM and 59 AM stations in more than 50 markets. Its Citadel Media unit provides radio programming for approximately 4,000 station affiliates. Only Clear Channel and CBS are bigger.

Citadel suffered during the recession when advertising revenues collapsed. But its woes were compounded by the high prices that its executives paid to buy stations when times were good.

In December 2009, Citadel filed for bankruptcy protection and emerged about six months later with a far lighter debt load. Citadel’s senior debt position went from $2.1 billion before the bankruptcy to around $760 million immediately after it. 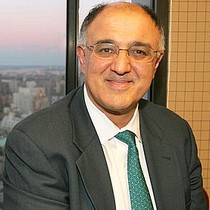 The company also emerged from its Chapter 11 status with a raft of new shareholders, many of whom had bought the company’s debt. The former stockholders were wiped out.

While many companies undergoing a fresh start do so with a new chief executive, Citadel did not. The man who ran the company in the years leading up to its bankruptcy, Farid Suleman, is still the C.E.O. And he has become a lightning rod for shareholder criticism.

Having been given a second shot at running Citadel, you might think that Mr. Suleman would be more responsive to the company’s owners. But four of his largest shareholders say he is not, contending that he is hard to reach and that he does not return their calls.