Twitter saw increases in usage immediately following the platform’s ban of then-President Trump on January 8, particularly among younger people and those who identify as more politically liberal, according to new data from The Social Habit from Edison Research. 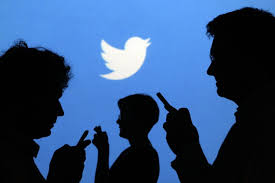 Twitter saw an increase in number of social media users under age 55 after the Trump ban, regardless of race or gender.

More politically liberal social media users are using Twitter following the Trump ban, from 37% using the platform daily pre-ban to 46% using the platform daily post-ban, an increase of 24%. But perhaps surprisingly, despite the elimination of the ‘Tweeter-in-chief', there was also an increase of daily Twitter usage among politically conservative social media users, from 18% pre-ban to 21% post-ban.

“Our new social media tracking survey allows us, for the first time, to see how a direct regulatory action by a social media platform affected usage by Americans. For Twitter, the ban on President Trump resulted in an increased number of users,” said Edison Research President Larry Rosin.

Edison Research has been tracking social media behaviors as part of The Infinite Dial® since 2008. The Social Habit provides the ability to analyze data on social media users by political party affiliation or political ideology, among many other demographic variables. For more information on The Social Habit, visit: https://www.edisonresearch.com/edison-research-introduces-the-social-habit/.
Posted 1:39:00 AM