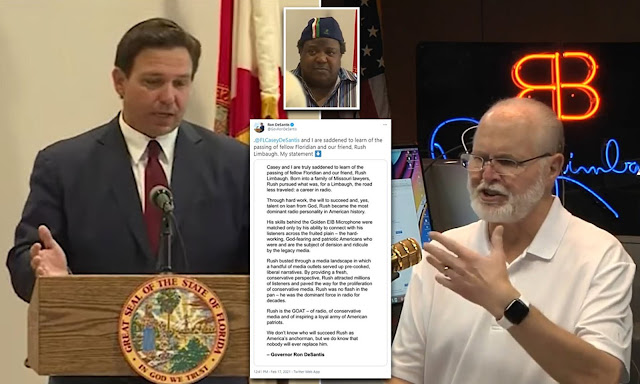 “When there's things of this magnitude, once the date of interment for Rush is announced, we're going to be lowering the flags to half-staff,” DeSantis said during a campaign-style press event at the Hilton Palm Beach Airport in West Palm Beach.

In a statement Wednesday, DeSantis praised Limbaugh for having an ability to “connect with his listeners across the fruited plain — the hard-working, God-fearing and patriotic Americans who were and are the subject of derision and ridicule by the legacy media.”

DeSantis said during a press conference on Friday that flags in Florida would be lowered for Limbaugh, who lived in Palm Beach, when funeral arrangements have been made, WKMG-TV reported.

'We had one of our own pass away, Rush Limbaugh, this week and there's not much else that needs to be said. The guy was an absolute legend. He was a friend of mine, and just a great person,' DeSantis said. 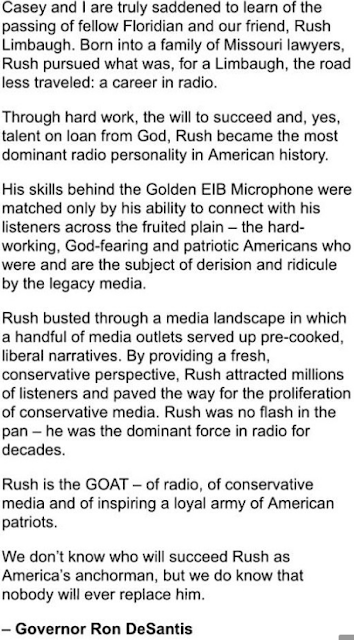 'This has been probably the most difficult thing I've had to experience, with the exception of my parents,' said Golden, known by his stage name Bo Snerdley.