After a yearlong battle with lung cancer, Rush Limbaugh died Wednesday morning at the age of 70.

Throughout his career, the conservative radio talk show mogul was making an estimated $33 million a year. It is believed he amassed a net worth of over $600 million at the time of his death. 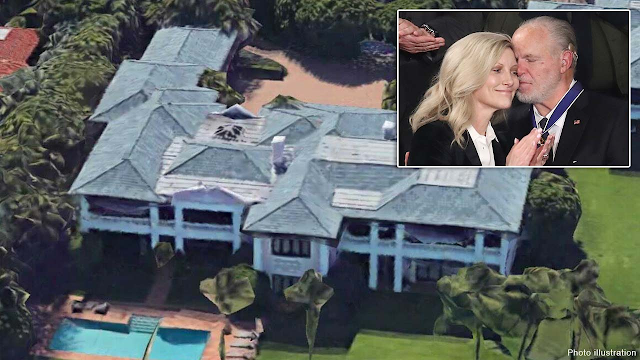 FOX Business reports Limbaugh left Florida and headed to New York City in 1988 in order to concentrate on building his career. However, the media icon left the Big Apple for good by 2010 and returned to the Sunshine State after the city enacted a tax hike.

While living in Manhattan, Limbaugh resided in a Fifth Avenue condo with 10 rooms and a view of Central Park. He later unloaded the home for $11.5 million.

When he returned to Florida permanently, he also relocated his business and began broadcasting his radio show a mile from his Palm Beach oasis.

When he returned to Florida permanently, he also relocated his business and began broadcasting his radio show a mile from his Palm Beach oasis. 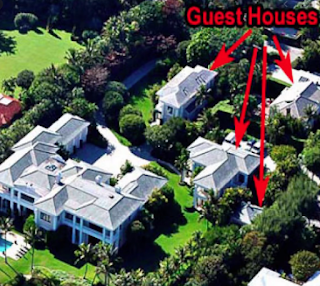 At first, Limbaugh purchased the Palm Beach estate in 1998 for a paltry $3.98 million and used it as a vacation getaway home, Florida property records show.

Once he relocated there for good, the radio legend, along with his wife, Kathryn Rogers, transformed and expanded the home to include three additional structures. They were able to do this by buying neighboring land.

The two-story property was originally built in 1992.

Spanning more than 34,000 square feet, the primary residence boasts seven bedrooms, 12 baths and a private elevator. There’s also a two-story library which is a “scaled-down version” of the library at the Biltmore Estate in North Carolina. It has an additional four guest houses and a guard station for 24-hour security services.

The estate includes two oceanfront acres with a private beach. It also features a pool and putting green.

The home is estimated to be worth about $50 million today, according to a Zillow estimate.

Although Limbaugh was married four times, he had no children. But his wife of 11 years will be in good hands. Kathryn, 44, married Limbaugh in 2010 in a lavish Hawaiian-themed wedding bash headlined by none other than Sir Elton John.