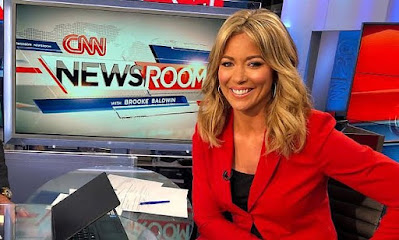 She made the announcement just after coming on air, suggesting she plans to take a break from the news.

She said she will focus on her book, "Huddle," due April 6, which is about women "unlocking their collective power."

"Before we get going, let me start with some personal news: I will be leaving CNN in April," she said. She paused and gulped.

Baldwin said her next chapter will be focused on what she loves most, amplifying the lives of extraordinary Americans and a passion for storytelling. She said she's been working on her book for two years.

"There is more I need to do outside the walls of this place, this place I've been privileged to call home for 13 years," she told viewers. "Yes, we're still in a pandemic. No, I don't have another job to jump into. And yes, yes, I am feeling very vulnerable."