Rush Limbaugh, the radio host who dominated conservative media for three-plus decades, died at the age of 70 The Wrap reports.

He was diagnosed with advanced lung cancer in February 2020.

Limbaugh received the Presidential Medal of Freedom from President Donald Trump at the 2020 State of the Union address, just one day after revealing his diagnosis to his listeners.

“He is the greatest fighter and winner you will ever meet,” Trump said at the time. “Rush Limbaugh, thank you for your decades of tireless devotion to our country … in recognition of all you have done for our nation, I am proud to announce tonight that you will be receiving our country’s highest civilian honor: the Presidential Medal of Freedom.” 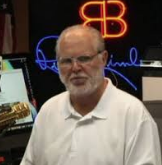 The Missouri native got his start in small-town radio stations in the 1970s under the name “Bachelor Jeff” Christie. He began using his own name on air while hosting in Kansas City in the early ’80s, and then replaced firebrand Morton Downey Jr. at Sacramento’s KFBK in 1984.Four years later, he landed a show in national syndication — boosted by the FCC’s 1987 repeal of the Fairness Doctrine that had required stations to provide free airtime to opposing views on controversial issues. That Reagan-era decision paved the way for Limbaugh and other conservatives to dominate the airwaves with talk radio that excoriated Democrats and liberal causes. From 1992-96, Limbaugh hosted a syndicated half-hour TV show that was produced by late Fox News founder Roger Ailes.

Limbaugh was a notable figure in conservative media for decades and consistently made headlines with his often controversial takes on current events.  He has been a consistent opponent of feminism, climate change, affirmative action and homosexuality.

In late 2020, he spoke about his belief that conservatives and liberals are increasingly unlikely to ever coexist harmoniously and brought up the idea proposed by some conservatives that red states should secede. He walked the comments back and said he personally did not believe such a thing should happen.