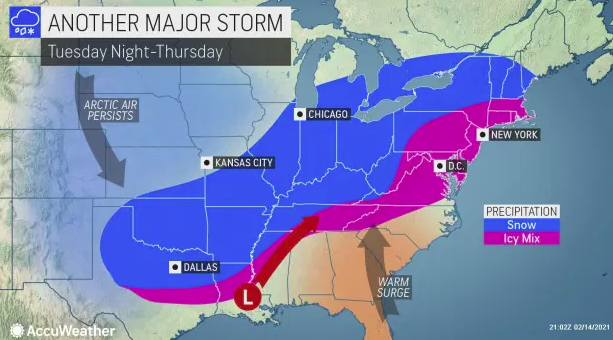 FRIGID WEATHER BLASTS TEXAS, KILLING TWO, LEAVING MANY WITHOUT POWER: Frigid air from a winter storm blasted Texas on Monday, which not only had record-low temperatures but rare snow on the ground. The weather was likely to blame for the deaths of two people who were found along roadways near Houston, and left millions without power, meaning no lights and heat, as the state's power grid was overwhelmed by conditions it wasn't designed to handle, leading to rolling blackouts.

State officials said the problems were being driven by surging demand as people tried to warm their homes, and cold weather knocking some power stations offline. Air travel, schools and stores were also shut down in the state, which isn't equipped to handle that kind of weather. The same huge storm brought snow, sleet and freezing rain to the southern Plains and was moving across the Ohio Valley and to the Northeast.

More than 4M Texans went to bed without heat on Monday night as record low temperatures brought a demand for power that the state's electric grid couldn't keep up with. https://t.co/aWWxgxa2AN

➤PELOSI SAYS CONGRESS WILL SET UP INDEPENDENT COMMISSION TO LOOK INTO CAPITOL ATTACK: House Speaker Nancy Pelosi said yesterday  that Congress will establish an independent commission like the one that investigated the 9/11 attacks to look into the assault on the U.S. Capitol. Bipartisan support has been indicated in the wake of the impeachment trial for such a commission. Pelosi also said in the letter to other Democratic lawmakers that the House will put forward additional spending to increase security at the Capitol.
➤DRUGMAKER CONSIDERING CORONAVIRUS VACCINE TWEAKS FOR MUTATIONS: Drugmakers are figuring out how they might have to tweak their coronavirus vaccines in order to deal with mutations that have emerged, which may be able to evade some of the vaccine's protections. There is particular concern that vaccines don't work as well against a variant first seen in South Africa. The technology behind the new vaccines makes them easy to adjust, but AP notes the bigger question is deciding when there's been enough mutations that are prevalent to go forward with modifications. Vaccine expert Dr. Paul Offit, who advises the Food and Drug Administration, told AP what one guideline would likely be for making the switch, saying that if fully immunized people start being hospitalized with mutated versions, quote, "that’s when the line gets crossed."

➤COVID-19 TESTING WON’T BE MANDATED BEFORE DOMESTIC FLIGHTS FOR NOW, CDC SAYS: The Centers for Disease Control and Prevention (CDC) says it does not have plans to require coronavirus testing before domestic flights, at least not right now. This comes after airline executives fiercely criticized the idea in recent weeks, arguing it would diminish already-weak demand and reduce available tests for those who need them in medical situations. In a statement Friday (February 12th), the CDC said, ‘At this time, CDC is not recommending required point of departure testing for domestic travel. As part of our close monitoring of the pandemic, in particular the continued spread of variants, we will continue to review public health options for containing and mitigating spread of COVID-19 in the travel space.” 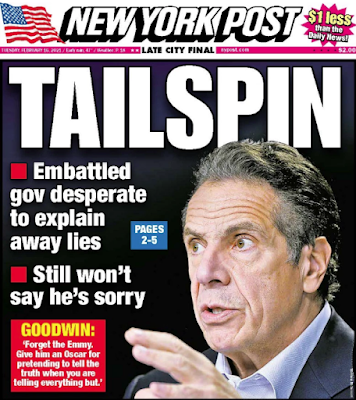 ➤NY GOV. ANDREW CUOMO DENIES COVER-UP: Fellow Democratic legislators in New York weren’t buying Gov. Andrew Cuomo’s explanation Monday as to why he refused for months to release a true accounting of nursing home residents who died from the coronavirus. Assemblyman Ron Kim (D-Queens), whose uncle died from COVID-19, bluntly said, “all of it is BS” and a cover-up.
“They could have given us the information back in May and June of last year. They chose not to,” Kim said, when hearing Cuomo was blaming the DOJ probe for delays in releasing the accurate coronavirus death tally of nursing home residents. The NY Post reports Kim also said Cuomo’s comments Monday don’t square with what top aide Melissa DeRosa told him and other legislators during a private meeting last week, when she said former President Donald Trump made the issue a “political football” and claimed that as an excuse for withholding the nursing home data. The Post first reported on her explosive remarks after obtaining an audio recording of the meeting.
“And basically, we froze,” DeRosa said.
➤ROCKETS FALL NEAR U.S. BASE IN IRAQ, KILLING COALITION CONTRACTOR: At least three rockets hit outside Irbil international airport near where U.S. forces are based in northern Iraq late Monday, killing a U.S.-led coalition contractor and wounding at least eight other people, at least one of them a U.S. servicemember. Iraqi President Barham Saleh condemned the attack as a, quote, "dangerous escalation." A little-known Shiite militant group calling itself the Guardians of Blood Brigade claimed responsibility for the attack, saying in a statement, "The American occupation will not be safe from our strikes in any inch of the homeland . . . " Secretary of State Antony Blinken said the U.S. was pledging support for investigating the attack and holding those who were responsible accountable.

➤NIGERIAN ECONOMIST OKONJO-IWEALA APPOINTED WTO HEAD, FIRST WOMAN AND FIRST AFRICAN: Nigerian economist Ngozi Okonjo-Iweala was appointed as head of the World Trade Organization (WTO) on Monday, becoming both the first woman and the first African to hold the position. The 66-year-old was named by representatives of the 164 countries that make up the WTO, which deals with the rules of trade between nations. Okonjo-Iweala's appointment comes after President Biden endorsed her candidacy, which had been blocked by former President Donald Trump. 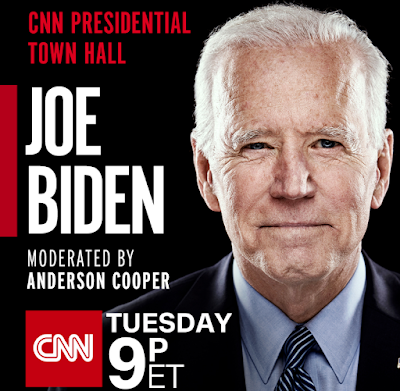 ➤BIDEN DOING CNN TOWN HALL TONIGHT:  President Biden will be doing a CNN town hall tonight at 9 p.m. ET, something that's become common with presidential candidates but isn't that usual for presidents to do. The event at the Pabst Theater in Milwaukee, Wisconsin, will also be one of Biden's "first official stops since taking office" just under four weeks ago, the Milwaukee Journal Sentinel noted. CNN's Anderson Cooper will moderate and ask some questions of his own, but most of the questions are expected to come from audience members. There will be a small, invitation-only audience of Wisconsinites who will be socially distanced, and will include Democrats, Republicans and independents.

➤OUTDOOR WEDDINGS RISE IN POPULARITY: Tented weddings are having a moment. Claire Bean owns a boutique event planning and design firm in the Hamptons, New York, and says that having a tented wedding “allows people to create something really personal at any price point.” A tented affair is usually intended for 100 to 150 guests, and costs $8,500 to $16,000, with tents ranging from 24 to 66 feet in width and being up to 146 feet long. The tent designs can vary as well, from simple to quite luxurious, including features like flooring and lighting. Tech companies can supply electricity and heat, but you should expect to pay up for air conditioning. While tented weddings can get expensive, they might be a good option in 2021 due to the on-going pandemic. 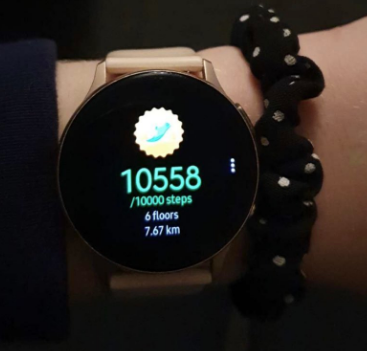 ➤IS SPENDING 2 HOURS OUTDOORS THE NEW 10,000 STEPS?:  The pandemic has many of us sitting at home, but there’s a ton of new research suggesting spending time in nature is critical to health and also increases longevity. Stanford University researcher Gretchen Daily says, “There’s an urgent need emerging in science and at the gut level to increase the nature experience. This field is just exploding.” A 2010 study found the number of human anticancer killer cells increased in a group of 12 healthy men after two walks in a forest, for two hours each, in a one-day trip to a forest park in the Tokyo suburbs. The men also had increased levels of anti-cancer proteins, and lower levels of the stress-hormone, cortisol, that lasted for at least a week. A 2019 study found that participants were significantly more likely to report good health and well-being when they spent 120 minutes or more in nature a week. So perhaps it’s not surprising there’s a new app coming called NatureQuant, that will allow users to track the time they spend in nature much like they count steps. NatureQuant co-founder and CEO Jared Hanley adds, “People are deciding whether or not this type of coffee bean or that type is better for you, when there is such an obvious health tool at your disposal. You literally just walk outside. People don’t know.”
🎾OSAKA, KARATSEV INTO SEMIFINALS AT AUSTRALIAN OPEN: Third-seeded Naomi Osaka has advanced to the semifinals at the Australian Open with a straight set win in the quarterfinals yesterday over Taiwan's Hsieh Su-wei. Russian qualifier Aslan Karatsev, who's ranked 114th and had never even made the main draw of a Grand Slam tournament before , is now in the semifinals, after upsetting 18th-seeded Grigor Dimitrov 2-6, 6-4, 6-1, 6-2 in their quarterfinal match. With the win, Karatsev became the first man in the professional era to reach the semifinals of his first major tennis tournament.

🏒STARS-PREDATORS GAME POSTPONED DUE TO EXTREME WEATHER IN TEXAS: The scheduled NHL game between the Dallas Stars and Nashville Predators last night in Dallas was postponed because of request from city officials due to the extreme weather in Texas. A winter storm has brought rare frigid temperatures and snow to Texas, leaving millions without power because of the overwhelmed electric grid and making it very difficult to travel around in the state, which isn't equipped to deal with that kind of weather.

🏀STRICT COVID PROTOCOLS FOR NBA ALL-STAR WEEKEND: There will be strict Covid protocols in place for the NBA's All-Star weekend next month, the league told teams yesterday, according to rules agreed to by the NBA and the players union. Among them, players taking part in All-Star weekend in Atlanta will mostly have to remain in their hotels when they aren't at the arena, and there will continue to be daily Covid testing. The All-Star game and skills contests will be held on March 7th. Starters will be announced on Thursday and reserves on February 23rd.

🏀MRI SHOWS LAKERS' DAVIS DOESN'T HAVE RUPTURED ACHILLES: The L.A. Lakers' Anthony Davis underwent an MRI Monday that showed his injured Achilles tendon isn't ruptured, the team announced after the exam. Davis, who is out indefinitely, will rest the injury. He left the Lakers' game against the Denver Nuggets in the second-quarter on Sunday night with an apparent aggravation of tendonosis.

The Hillsborough County Sheriff’s Office has launched an investigation pic.twitter.com/VjmD35y1Bz


🏈EX-NFL WIDE RECEIVER VINCENT JACKSON DEAD AT 38, FOUND IN HOTEL ROOM: Former NFL wide receiver Vincent Jackson, who last played in the league in 2016, was found dead in a hotel room in Brandon, Florida, on Monday. He was 38. There were no signs of trauma and the medical examiner is investigating the cause of death. The Hillsborough County Sheriff's Office said they'd done a wellness check on Jackson at the hotel on Friday, tracking him down there after his family reported him missing two days earlier. Jackson played for the San Diego Chargers for seven seasons and then for five seasons with the Tampa Bay Buccaneers.