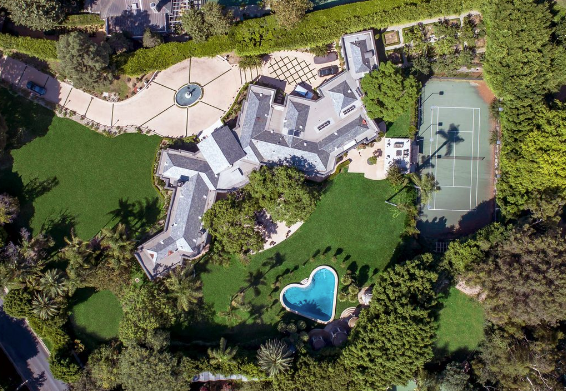 A grand Los Angeles estate that was the longtime home of late radio personality Casey Kasem and his wife Jean Kasem is listing for $37.9 million, reports The Wall Street Journal.

In Holmby Hills, the roughly 2.5-acre property is in the center of the so-called “Platinum Triangle”—a particularly exclusive spot that is also home to the Playboy Mansion and the Manor, the enormous onetime home of producer Aaron Spelling.

The Kasem estate comprises a roughly 12,000-square-foot, eight-bedroom Classical Revival-style mansion as well as a heart-shaped pool, which Ms. Kasem said was designed as a kind of “love letter” between the couple. “Casey had an affinity for hearts and would leave notes on the bathroom mirror and bedside for me with hearts,” she said in a written statement.

Kasem died in 2014 at 82. Following his death, Ms. Kasem and some of the radio personality's other family members, including three of his children and his brother, engaged in dueling lawsuits, according to court records. The children and brother claimed that Kasem had neglected and abused Mr. Kasem, resulting in his death, while Ms. Kasem’s suit made similar claims against them. The suits were both settled in 2019, according to court records and Ms. Kasem’s attorney.

In a statement, Ms. Kasem’s attorney said the litigation is over, and that his client is free to sell the property. Attorneys representing Mr. Kasem’s children and brother couldn’t be reached for comment. 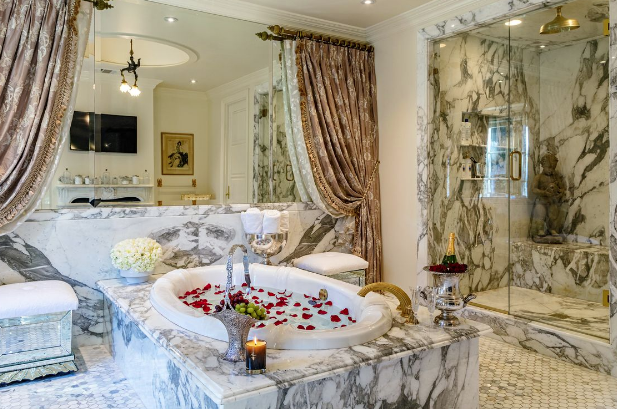 The Kasem estate dates back to the 1950s and has a classic old Hollywood aesthetic with grand entertaining spaces, gilded chandeliers, wood-panelings, coffered ceilings and elaborate window treatments. The house has a formal dining room, a library, a large family room and a separate guest wing, according to the listing information. The property sits behind gates and up a long driveway, surrounded by sprawling lawns and hedges. There is also a tennis court with a pavilion.