Canada Vows To Go After Facebook To Pay For News 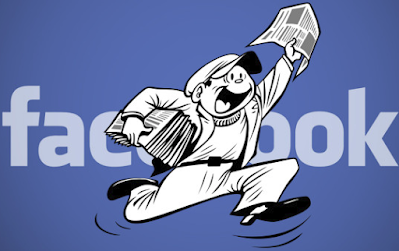 Canada vowed on Thursday to make Facebook Inc pay for news content, seeking allies in the media battle with tech giants and pledging not to back down if the social media platform shuts off the country’s news as it did in Australia.

Facebook blocked all Australian news content on its service over proposed legislation requiring it and Alphabet Inc’s Google to pay fees to Australian publishers for news links.

Canadian Heritage Minister Steven Guilbeault, in charge of crafting similar legislation to be unveiled in coming months, condemned Facebook’s action and said it would not deter Ottawa.

“Canada is at the forefront of this battle ... we are really among the first group of countries around the world that are doing this,” he told reporters.

Last year, Canadian media organizations warned of a potential market failure without government action. They said the Australian approach would permit publishers to recover C$620 million a year. Without action, they warned, Canada would lose 700 print journalism jobs out of 3,100 total.

Guilbeault said Canada could adopt the Australian model, which requires Facebook and Google to reach deals to pay news outlets whose links drive activity on their services, or agree on a price through binding arbitration.

Another option is to follow the example of France, which requires large tech platforms to open talks with publishers seeking remuneration for use of news content.