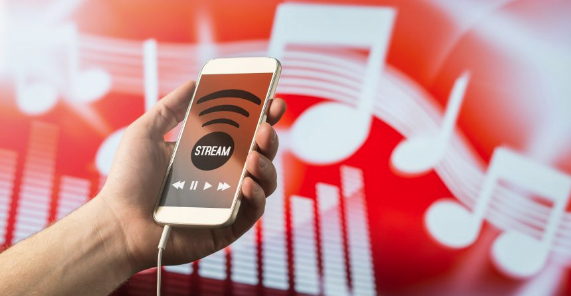 Make no mistake, AM/FM radio still owns the largest piece of America’s audio pie, according to Edison Research. Its 2020 “Share of Ear” report says terrestrial radio accounts for 39% of audio consumption among those 13 and older, compared to 18% clocked by streaming services, second among all audio segments, including podcasts, satellite radio and owned music.

However, Variety reports a MusicWatch report that focuses solely on music listening — excluding time spent listening to news/talk radio, podcasts and other non-music fare — found that streaming led all sectors in the fourth quarter of 2020 with a 33.2% share, compared to traditional radio, which ranked second with a 15.9% share. In fact, MusicWatch market research shows streaming outperforming radio in each of the last five years.

In an era when streams account for 85% of U.S. labels’ music revenue and other, newer media is finding favor with consumers, a reckoning is taking place as music executives evaluate traditional radio’s place in the pecking order.

According to Variety, while most executives are reluctant to speak on the record about a shift away from radio promotion, one senior executive at major label says, “Radio has morphed and changed to the point where you ask, ‘Where is consumption happening?’ It’s happening at the streaming partners. You think about where that listener is, where they’re leaning in, and you say to yourself, ‘Where do I put the resources?’ Radio still has value for sure — it’s just at the tail end of the consumption curve, not at the beginning.”

During the many decades when physical sales drove the music business, radio promotion was crucial — and accounted for a huge percentage of major label budgets. While the rise of social media and satellite radio led some label CFOs to scrutinize promotional spending even before the shift to streaming began, now senior executives from two of the three majors say the chairs of their parent companies are urging their labels to reduce it.

And despite shifts in the business, radio does remain an important way for many people to discover new music. In Edison Research’s 2020 Infinite Dial report, 46% of consumers 12 and up who consider finding new music important say that radio is one of the channels where they discover fresh tunes, although it’s not the most important one. In the multi-answer question, YouTube was the most frequently cited source for music discovery at 68%, with “friends and family” at 47% and Spotify close behind radio at 42%.