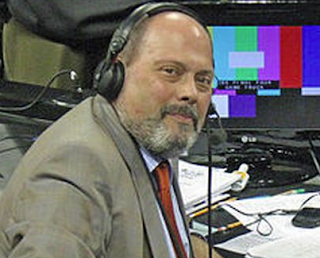 After 28-years, WTIC 1080 AM Host Joe D'Ambrosio is making good on his promise to leave the Entercom station.

D'Ambrosio, a legendary Connecticut television and radio broadcaster, announced onTwitter that his last day at the station will Thursday, because he had negotiated a buyout. He has not publicly said what his next steps will be.

In the fall, following an exchange with a caller during his morning show with co-host Ray Dunaway, D'Ambrosio said he was not going to renew his contract which was set to expire in June 2021.

At the time, he said that he had grown frustrated at the station due to the political climate, and because he was not allowed to fully share his opinions.

SOME Personal professional news. Thursday will be my final day @WTIC1080 . I have negotiated a buyout and New Years Eve will be my last day on the radio station.

In 2017, he left NBC CT after 25 years, the same year he ended a sports talk radio show on WTIC, and he began his mornings stint with Dunaway in 2018.

He was at WTIC for nearly 30 years and was also a longtime play-by-play announcer with UConn sports, writes the Hartford Courant.