At a time when Americans are relying heavily on the media for information about the coronavirus pandemic, the presidential election and other momentous events, the public remains largely distrustful of the mass media. Four in 10 U.S. adults say they have "a great deal" (9%) or "a fair amount" (31%) of trust and confidence in the media to report the news "fully, accurately, and fairly," while six in 10 have "not very much" trust (27%) or "none at all" (33%). 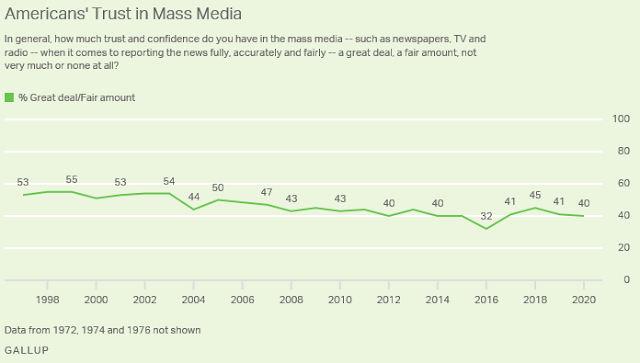 The latest findings, from Gallup's annual Governance poll conducted Aug. 31-Sept. 13, are consistent with all but one recent trust rating -- in 2016, a steep decline in Republicans' trust in the media led to the lowest reading on record (32%). 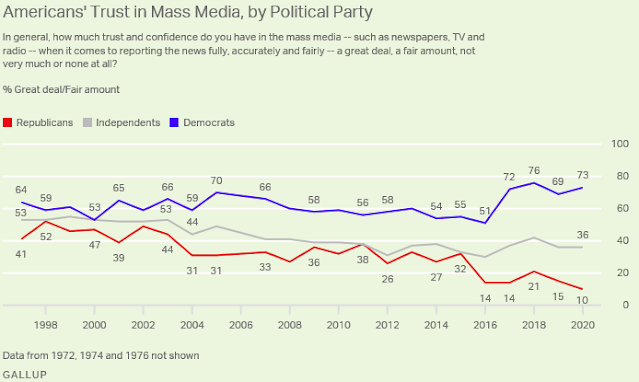 Republicans' trust has not recovered since then, while Democrats' has risen sharply. In fact, Democrats' trust over the past four years has been among the highest Gallup has measured for any party in the past two decades. This year, the result is a record 63-percentage-point gap in trust among the political party groups.