The American presence on Berlin’s airways since 1945 that carried English-language news and music ended this month when the last US radio station in the German capital stopped broadcasting, Politico reported Tuesday.

“It’s a sad moment embodying the end of a tradition,” Anna Kuchenbecker, a member of KCRW Berlin’s board, said.  She blamed the financial fallout from the coronavirus pandemic for the shutdown, saying it led to deep cuts and layoffs. 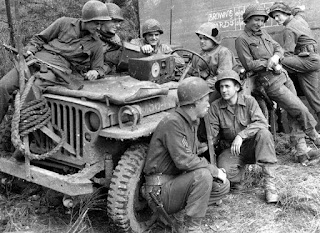 Because KCRW Berlin wasn’t eligible for the funds the German government collects to finance its public television and radio stations, it fell to KCRW in California and NPR, which receives some funds from the US government, to rescue it, former station staffers said.

US radio in Germany got its start in the summer of 1945 when the American Forces Network went on the air from Berlin-Dahlem, where US forces were headquartered. It was intended to keep the American troops informed and entertained, but it soon gained widespread appeal.

At the time of Germany’s unconditional surrender to the allies, the country’s radio stations went off air then reorganized in an effort to “denazify” Germany.

For Germans, used to listening to broadcasts of Adolf Hitler’s favorite marches, the American sounds of George Gershwin and Billie Holiday coming through the airwaves ushered in a new cultural era, one that was emphasized in the 1950s with the emergence of rock ‘n’ roll.

AFN was shuttered after the Cold War and its operations rolled into a German public station.

NPR Berlin launched in 2006 and picked up a loyal following but it had trouble sustaining itself financially because of its “listener support” fundraising format that was alien to German listeners.