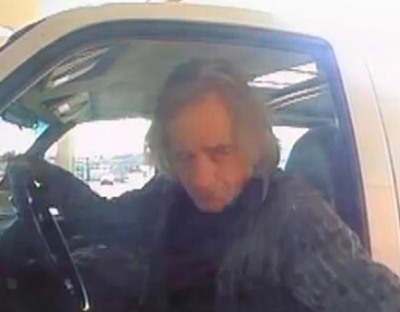 Sixteen months before Anthony Quinn Warner's RV exploded in downtown Nashville on Christmas morning, officers visited his home in Antioch after his girlfriend reported that he was making bombs in the vehicle, according to documents obtained by The Tennessean.

On Friday, 63-year-old Warner blew up a city block, police say, about 6:30 a.m. on Second Avenue outside an AT&T switch facility. The bomb caused massive destruction to 41 downtown buildings and crippled telecommunication systems throughout the Southeast over the weekend.

In the aftermath, The Tennessee Bureau of Investigation said Warner was "not on our radar" prior to the bombing. But a Metro Nashville Police Department report from August 2019 shows that local and federal authorities were aware of alleged threats he had made.

No actions appear to have been taken to stop Warner, a slender 5-foot-8, 135-pound man who died in the explosion, which injured three others.

Police were called by the woman's attorney, Raymond Throckmorton III, who was concerned about comments she had made. When they arrived, they found her sitting on the porch with two unloaded guns nearby.

"She related that the guns belonged to a 'Tony Warner' and that she did not want them in the house any longer," MNPD spokesman Don Aaron said in a statement to The Tennessean. 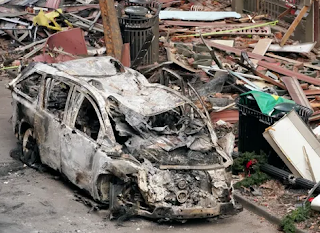 While at the house, the woman told police about the bomb comments Warner had made.

Throckmorton, who served as the woman's attorney, told officers Warner "frequently talks about the military and bomb making," the document said.

Warner "knows what he is doing and is capable of making a bomb," the attorney said to the officers, according to the report.

In an interview Tuesday night, Throckmorton told The Tennessean he urged police at the time to look into the woman's claim. He said she feared for her safety, believing Warner may harm her.

Police then went to Warner's home, but he didn't answer the door after they knocked several times.

Officers saw his RV behind the house, but the vehicle was fenced off and police were unable to see inside of it, the report said. While there, police noted that there were "several security cameras and wires attached to a alarm sign on the front door."

The officers notified supervisors and detectives about the incident.

"They saw no evidence of a crime and had no authority to enter his home or fenced property," Aaron said of officers' unsuccessful attempt to make contact with Warner or look inside the RV.