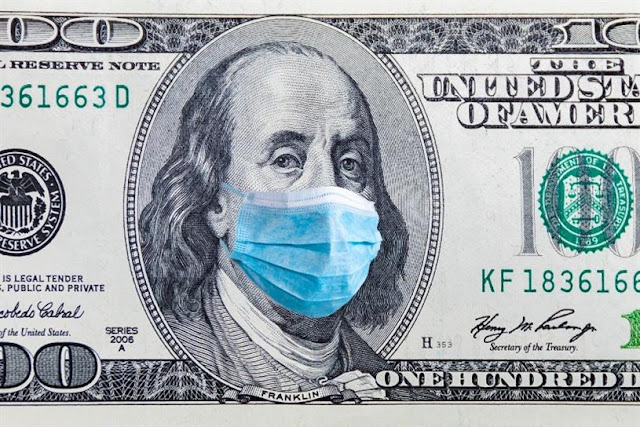 The House of Representatives easily passed a more than triple-sized relief check for Americans yesterday, increasing the previous amount from $600 to $2,000 per person. Getting it through the Senate, though, will be tough. The House vote was 275 to 134, with the measure getting 44 Republican votes along with near-unanimous support by Democrats. The increase has been demanded by President Donald Trump, although most of his own party has opposed it in the past. The Senate takes up the measure today.

US House votes to override President Trump’s veto of the $740B defense authorization bill, the first override of one of Trump’s vetoes by a chamber of Congress during his time in office; override moves to Senate. https://t.co/LgnHiZG9vN

The House also voted to override President Trump's veto of the annual military defense spending bill. It was the first override of his presidency and came with bipartisan support in a vote of 322 to 87. If the Senate also votes to override, the military budget will become law. If it does not override, the bill dies and negotiations begin again.

➤PRO-TRUMP REPUBLICAN SUES VICE PRESIDENT: U.S. Representative Louis Gohmert, a Texas Republican, is suing Vice President Mike Pence in an effort to force him to ignore electoral votes cast for Joe Biden and award the election to President Trump instead. The vice president, as president of the Senate, oversees the official count of Electoral College votes in a joint session of Congress on January 6th. That's usually a formality.

More 190,000 ceiling fans sold at The Home Depot have been recalled amid reports its blades can detach while in use and cause injury or property damage. https://t.co/NeXE6SO4aX

Dennis Prager: Why can I eat on an airplane without a mask two inches from the person next to me, but not at a restaurant?https://t.co/dUbEROvIcu


➤BIDEN ACCUSES WHITE HOUSE OF OBSTRUCTING TRANSITION: President-elect Joe Biden has accused political appointees of obstructing the transition to his administration. He said his team is having a hard time getting information out of the Department of Defense on military operations around the world, and that the Office of Management and Budget won't share information on the government budget. In a speech yesterday, Biden expressed concern about the Defense Department. "Many of the agencies that are critical to our security have incurred enormous damage," he said. "Many have been hollowed out in personnel capacity and in morale."

🏈WASHINGTON RELEASES DWAYNE HASKINS: One-time first-round quarterback Dwayne Haskins has been released by the Washington Football Team. The decision, announced by head coach Ron Rivera on Twitter, came hours after Rivera said that Taylor Heinicke rather than Haskins will get the start if Alex Smith is unable to play in the regular-season finale. Last week, Haskins was stripped of his captaincy and fined a reported fined $40,000 for attending a party without a mask. Then, he got some of the blame for the team's 20-13 loss to the Carolina Panthers on Sunday, which cost Washington a chance to secure the division. Haskins was replaced with Heinicke late in that game.
In a message posted on Twitter, Haskins said he "hopes to become a better man and player because of this experience."

FINAL: The @BuffaloBills are 12-3! #BillsMafia #BUFvsNE

Bill Belichick is fed up pic.twitter.com/Nh6AQqJyDK


🏒NHL'S LUNDQVIST TO UNDERGO HEART SURGERY: Washington Capitals goaltender Henrik Lundqvist revealed yesterday that he has to undergo open heart surgery. Lundqvist, who is 38, played with the New York Rangers for 15 seasons before signing a one-year deal with the Capitals. He had already announced that he would be unable to play the season. "We all have our mountains to climb," he said. "Staying positive here and set on the road to recovery."

🏀DUKE GAME AGAINST PITTSBURGH POSTPONED: Today's Duke University men's basketball game against Pittsburgh has been postponed due to a positive COVID-19 test, the university announced. No new date has been set. The Duke women's program canceled its entire season a few days ago.

🏀DINWIDDIE OUT FOR THE SEASON: Brooklyn Nets guard Spencer Dinwiddie is out for the remainder of the season after suffering a partially torn ACL in his right knee during the team's loss to the Charlotte Hornets on Sunday. He expects to undergo surgery next week.

🏈JARED GOFF ON THE MEND: Los Angeles Rams quarterback Jared Goff is hoping to make it back for the playoffs, but his teammates will have to get there without him. Goff just had surgery on a broken thumb and will miss the Rams' regular-season finale against the Arizona Cardinals. John Wolford is filling in, with Bryce Perkins as the number two quarterback.
Posted 4:28:00 AM