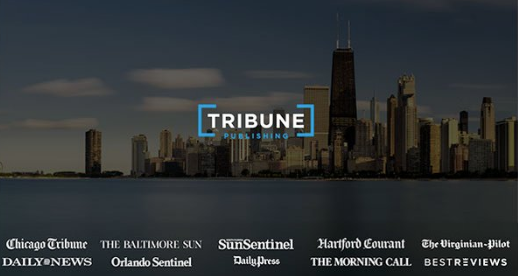 A hedge fund that owns a big stake in Tribune Publishing Co. is seeking to buy the newspaper chain behind titles including the Chicago Tribune and New York Daily News, according to The Wall Street Journal citing people familiar with the matter.

Alden Global Capital LLC, which is already Tribune’s largest shareholder with a 32% stake, could disclose an offer for the company as soon as Thursday, the people said. Details of the potential bid couldn’t be learned.

Tribune has a market value of roughly $470 million after a years-long slide as the prospects for local newspapers dim. Its shares are little changed this year.

A deal would have far-reaching implications for an industry beset by sharp declines in revenue over the past 20 years that have led to a wave of consolidation and cost cuts. Between 2008 and 2019, the industry shed 51% of its newsroom jobs, according to the Pew Research Center.

Tribune Publishing, one of the largest newspaper chains in the country by circulation, publishes nine larger-market daily papers, including the Baltimore Sun, Orlando Sentinel and Hartford Courant.

Alden controls MediaNews Group, a private company that owns some 60 daily newspapers around the country, including the Denver Post, San Jose Mercury News and Orange County Register. The hedge fund has a reputation for making deep cost cuts at titles it acquires.

With the industry reeling from the economic impact stemming from the coronavirus pandemic, Tribune has laid off dozens of reporters and closed many of its newsrooms entirely to save on real-estate costs. Earlier in December, Tribune agreed to sell its e-commerce business, Best Reviews, to Nexstar Media Group Inc. for $160 million.