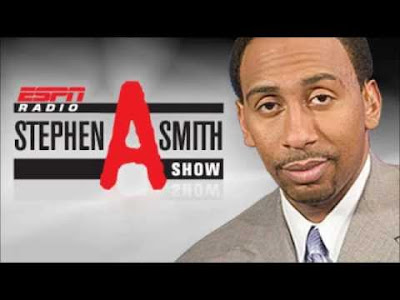 Stephen A. Smith will leave his ESPN Radio show next year as part of a new contract that is being negotiated, The Post has learned.

Smith and ESPN are in the final stages of a five-year extension, which The Big Lead first reported.
In April, The NY Post reported that Smith and ESPN had begun negotiations that could yield a salary of $10 million a year.

Though the exact figures for the new deal are not yet known, Smith is surely going to end up in at least the $40 million-to-$50 million total neighborhood. He is set to sign a year early, which means he didn’t have to test the market to get ESPN to find the price he found to be correct.

ESPN already announced that Smith will host his own edition of the program at 7 p.m. Wednesdays before NBA games.

Though he still has time remaining on his current contract, the new deal will guarantee he stays with ESPN into 2025, when he still will only be 58.

It is not yet known how ESPN plans to replace Smith on radio.
Posted 2:37:00 AM