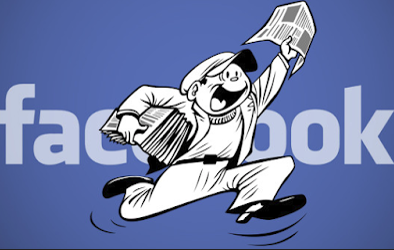 Facebook Inc. has reached deals with several of the nation’s biggest news outlets to contribute to the social-media giant’s news section, which will launch Friday with a limited test audience of 200,000 users.

The Wall Street Journal, BuzzFeed News, Business Insider and the Washington Post are also part of the service, the Journal previously reported.

Facebook will pay licensing fees, which can vary substantially, to many of its media partners. In its discussions, Facebook had been offering from hundreds of thousands of dollars a year for smaller publishers to a few million for bigger ones, and substantially more for the very largest outlets, according to people familiar with those talks.

News Corp’s deal with Facebook—which covers the New York Post, The Wall Street Journal and other Dow Jones publications, such as MarketWatch and Barron’s—will generate fees reaching into the double-digit millions of dollars annually, people familiar with the agreement said. A News Corp spokesman declined to comment.

The New York Times has been in talks with Facebook, but hasn’t reached a deal to join, people familiar with the matter said.

Facebook has said it plans to include news from as many as 200 publications, although many won’t receive licensing fees, the Journal has reported. When users click on a link within Facebook News, they’ll be sent to the publisher’s site.

Licensing fees have been viewed as a potentially valuable source of revenue for publishers who are struggling to compete for digital ad dollars against Facebook and Google, the so-called duopoly that together commands nearly 60% of the U.S. market. Many publishers are trying to develop other revenue streams, such as user subscriptions, events and content licensing.

The news product will initially launch to a test audience but will be expanded to a broader group of readers early next year, Facebook said.
Posted 4:01:00 AM