The performance of the U.S. economy has been a solid clue to the outcome of past presidential elections.

Reuters reports the upcoming campaign may be different, according to results of a new “big data” survey of consumers showing that views about the economy have split along partisan lines, associated with whether an individual approves or disapproves of President Donald Trump, watches Fox News or MSNBC, or identifies as conservative or liberal.

The online poll, by data firm Morning Consult, asks the same five core questions as the University of Michigan’s well-known consumer sentiment survey, and for nearly two years has been collecting about 210,000 responses a month, compared to 500 or so each month for the Michigan survey.

It also includes questions about the respondents’ political leanings, and an initial set of results released Wednesday showed a stark division that may make it hard to interpret how the economy’s performance will play out in 2020 presidential voting. 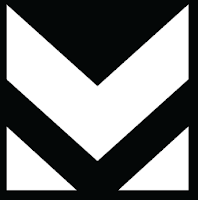 American voters face the same set of economic facts, from low unemployment to the risks from a trade war, but the survey’s index of overall sentiment - at 108 just above the 100 line that separates positive from negative impressions of the economic outlook - masked the huge divide between those who approve of Trump, whose views measured a far rosier 136, and those who disapprove of the president, with a reading of 88.

The results, weighted by factors like age, race and sex, to be nationally representative, were similarly skewed based on media consumption. Viewers of conservative-leaning Fox News registered 139 for current sentiment about the economy; viewers of MSNBC, an outlet often critical of Trump, registered 89. Readers of the New York Times sat in the middle at 107, near those who get their news from Facebook (110) and Twitter (112).

The survey will be ongoing, and Morning Consult analyst John Leer said the questions on political alignment, Trump approval and media diet, were included as part of an effort by economists and analysts to try to better define how opinions are shaped and how they influence behavior.

While such factors have been good predictors of electoral results in the past, “it’s important to distinguish the underlying economic phenomenon from political bias,” Leer said, noting what he called the “potentially recursive relationship between consumer confidence and news consumption habits.”
Posted 1:27:00 AM