Zuckerberg Takes The Heat In D-C 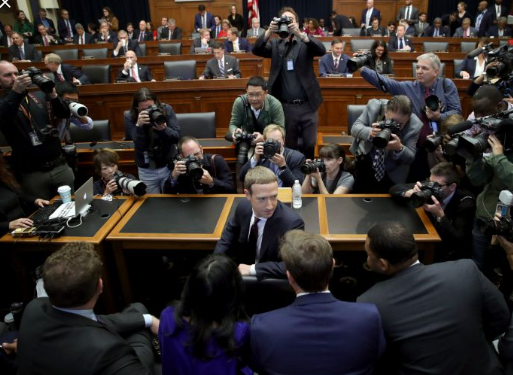 Facebook chief Mark Zuckerberg traveled to Washington Wednesday to defend a cryptocurrency project that has become the latest target of lawmakers frustrated with the social media giant.

The NY Times reports he ended up answering a smorgasbord of questions on other issues on Wednesday, as members of the House Financial Services Committee took him to task for everything from political advertising and disinformation campaigns to work force diversity and child pornography.

Representative Maxine Waters, the Democratic committee chairwoman, set the tone of the hearing early. She grilled Mr. Zuckerberg on Facebook’s willingness to allow unfettered speech across the platform and its recent decision to avoid vetting political advertising.

“The impact of this will be a massive voter suppression effort. Your claim to promote freedom of speech does not ring true,” Ms. Waters said.

In recent months lawmakers have spared neither Facebook nor Mr. Zuckerberg. On Wednesday, that criticism became more than five hours of political theater, making it glaringly apparent just how skeptical of Facebook Congress has become through nearly three years of controversy.

The company now faces several investigations by regulators in a number of countries and by 47 state attorneys general, as well as increasing calls that it should be broken up into a number of smaller, less powerful companies.

Mr. Zuckerberg acknowledged his company has a trust problem. “I get that I’m not the ideal messenger for this right now,” he said. “We certainly have work to do to build trust.”