The court battle for the future of WBAI 99.5 FM is headed back to NY State courts after a Federal Judge ruled the district court has no jurisdiction.

The Pacifica Foundation's recent decision to abruptly shutter the Brooklyn-based station has led to internal conflict on the nonprofit's board of directors as well as an outcry from WBAI's dedicated Big Apple listeners.

WBAI's producers and supporters call it a hostile takeover orchestrated by the Pacifica board of directors that wants to silence the station's decades-old progressive voice.

But Pacifica used similar language to slam the WBAI backers trying to thwart the station's closure in the boardroom and the courtroom. 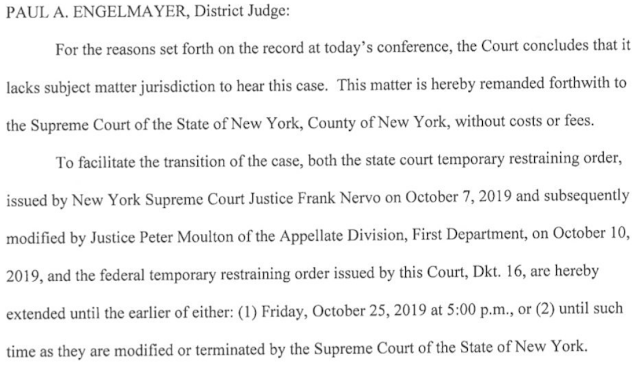 The foundation's board voted earlier this to shut down the cash-strapped station and lay off its staffers, according to court filings in a federal lawsuit over the closure.

But 12 of the board's 22 members subsequently voted at an emergency meeting to essentially reverse that action by returning control of WBAI to its local staff according to court records and WBAI supporters.

A state appellate court modified the order, barring Pacifica from firing WBAI's employees but allowing the foundation to broadcast its national programming over the station. The order remains in place.

Pacifica leaders say they had to shut down WBAI because the mismanaged station had insurmountable financial problems and was unable to make payroll. Those dire circumstances required layoffs, which Vernile had the authority to impose, the foundation argues.
Posted 2:42:00 AM