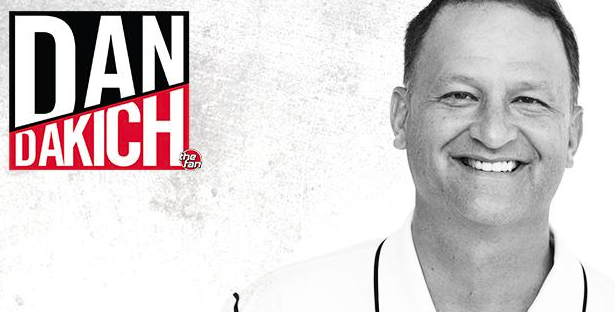 Dan Dakich, the former IU player and coach-turned radio show host, has been suspended from his afternoon sports talk show on WFNI The Fan in Indianpolis.

Indianapolis-based Emmis Communications, which owns ESPN affiliate WFNI The Fan, said Dakich is off air this week due to "a failure last year on Dan's part to adhere to the journalistic principles valued by Emmis."

USAToday reports Emmis declined to further elaborate on the cause for the disciplinary action taken against Dakich, 57, and he did not respond to a text message from the IndyStar asking for comment on his five-day suspension.

On his radio show's page, Dakich describes his approach: "Opinions about everything, afraid of nothing."

He goes on to say, "This show takes no prisoners and does not suffer fools. Decades of experience in major college basketball, and a (R)olodex to match. The big names visit this show. Passionate about Indiana basketball, the Chicago Cubs, the lovely Leigh Ross-Dakich, and his kids."

As "The Dan Dakich Show" began Monday — it airs noon to 3 p.m. weekdays — a statement was read on Dakich's absence.

"Dan Dakich will not be appearing on his show this week. Dan and Emmis have mutually agreed to a suspension period of five days due to a failure last year on Dan's part to adhere to the journalistic principles valued by Emmis."
Posted 2:45:00 AM