Analyst: Expect Disney+ To Have 18M Subs In A Year 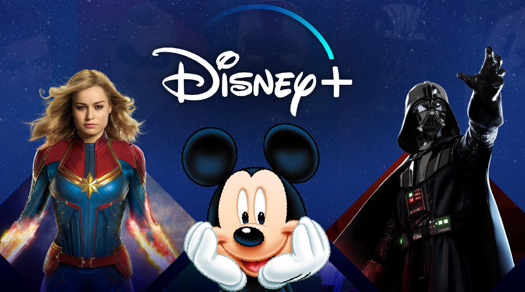 Disney+ is projected to have 8 million subscribers at launch and 18 million by the end of 2020, according to one stock media analyst projection.

MediaPost reports Michael Nathanson, senior research analyst at MoffettNathanson Research, says the expected surge is largely due to this week's news of a deal: Verizon will give the Disney+ premium video service free for the first year to its new and existing customers.

By the end of 2020, of the 18 million subscribers, Disney+ could have just under 9 million U.S. subscribers from Verizon alone, Nathanson estimates.

But there are other discounts, including one heavy discount for D23 members (The official Disney Fan Club) if those consumers commit to three years with a prepayment of $141 (or $3.92/month). In addition, it is offering another three-year deal of $170 ($4.72/month) for Disney Parks guests.

Nathanson estimates that of Verizon's 33.9 million customers, only about 17.7 million will be eligible for the free Disney+ offering, and about half of those will opt in for the Disney+ deal.