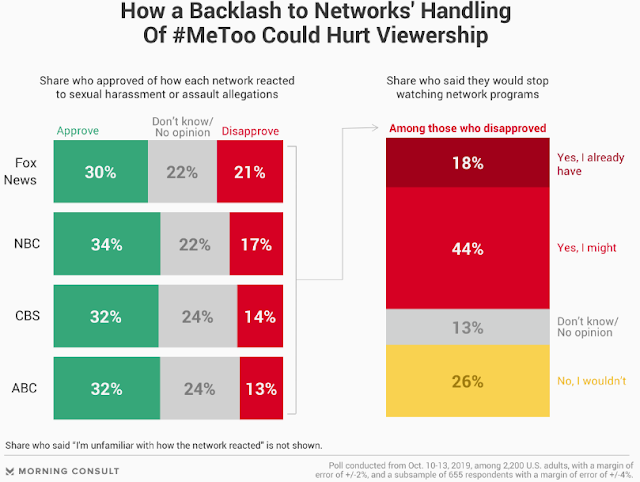 Excerpts from Ronan Farrow’s book “Catch and Kill” provided new details into the complaint that resulted in the firing of former “Today” anchor Matt Lauer, spurring NBC News to defend its handling of the situation from nearly two years ago.

New polling finds that a majority of those who disapprove of network responses’ to allegations of sexual harassment or assault may be ready to turn away from those channels, or already have.

An Oct. 10-13 Morning Consult/The Hollywood Reporter poll asked 2,200 U.S. adults if they approved of how various television networks handled allegations of sexual harassment or assault. Thirty-four percent said they approved of how NBC has handled such allegations, compared to the 17 percent that disapproved — similar to the evaluations for ABC and CBS, and superior to Fox News’ rating.
Posted 1:14:00 AM