It has not been a good week for radio talent, especially those in morning drive.

Mac Watson, half of the popular “Mac & Gaydos” talk-show duo at KTAR 92.3 FM, is no longer at the station.

Ryan Hatch, the vice president for content and operations at Bonneville Phoenix, confirmed that Watson was gone; his last day on the air was Wednesday, Oct. 16.

"I can confirm I’m no longer at KTAR," Watson told The Arizona Republic on Wednesday morning.

"Choices are made by us and some are foisted upon us. This choice is unexpected, but a beginning, not an end."

Meanwhile KTAR changed the branding of the show on its website, on its Facebook page and its Twitter page to “Gaydos in the Afternoon.” The show airs from 2 to 6 p. 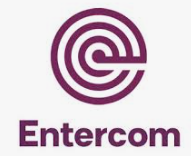 Also this week, longtime morning hosts Mikel Chase and Amy Faust are out at Entercom's County KWJJ 99.5 The Wolf.

Chase and Faust are the second morning show to exit Entercom Portland recently. Buck Wise exited Hot AC KRSK 105.1 The Buzz at the end of August.

Knight and Mitchell joined KMLE this past February as part of a morning show swap with sister Classic Hits 94.5 KOOL-FM.
Posted 4:59:00 AM