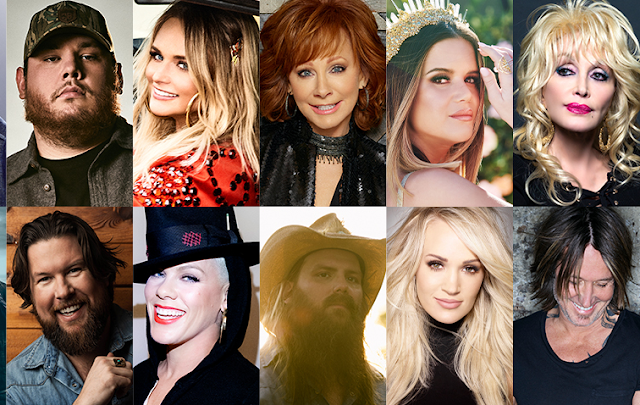 Nine-time CMA Awards winner Parton will welcome for KING & COUNTRY and Williams to the CMA Awards stage for the first time ever to perform an inspirational gospel medley of “God Only Knows,” “There Was Jesus,” and Parton’s not-yet-released new song “Faith.” In an epic collaboration, Stapleton, a three-time nominee this year, will join P!NK to perform their duet, “Love Me Anyway.”

With three nominations this year, Church will perform his hit “Some Of It” from his CMA Album of the Year nominated album Desperate Man. Combs, the reigning CMA New Artist of the Year and three-time nominee this year, will take the stage performing fan favorite “Beer Never Broke My Heart.”

In addition to her guest host appearance, McEntire, a six-time CMA Awards winner, will perform her classic hit, “Fancy.” McEntire last performed the song at the CMA Awards in 2016 as part of a multi-artist medley, opening the 50th anniversary ceremony.

Additional performers and presenters will be revealed in the coming weeks.
Posted 1:17:00 AM