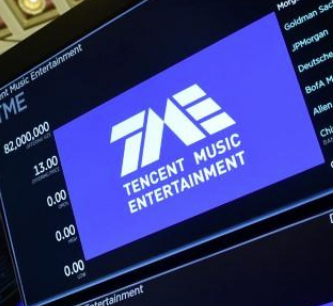 China’s Tencent Music Entertainment Group said on Monday its quarterly revenue leaped 18%, beating Wall Street estimates, as it put more music for streaming behind its paywall and grew its paid subscriber base by more than half.

Reuters reports the strong performance comes amid a growing rift between Beijing and Washington that has overshadowed Chinese firms in the United States. Shares rose 2.4% in extended trade after it said second-quarter revenue grew to 6.93 billion yuan ($997 million).

Asked whether TME had a plan to deal with a recommendation from President Donald Trump’s administration over auditing U.S.-listed Chinese firms, Chief Strategy Officer Tony Yip told analysts in a briefing that it was “premature” to speculate over a potential delisting.

For the quarter ended June 30, TME said paid users of its online music service rose 52% to 47.1 million, the fastest quarter on record according to TME. Net income attributable to shareholders rose 1.3% to 939 million yuan ($135 million) from 927 million yuan a year earlier.

The company has signed multiple partnerships with international and domestic music labels to expand its premium user base. On Monday, it also extended its multi-year licensing agreement with music company Universal Music Group (UMG), home to Taylor Swift and The Beatles, while also announcing a new joint venture music label.

Unlike Spotify, TME generates only a part of its revenue from music subscription packages and relies heavily on services popular in China such as online karaoke and live streaming.
Posted 10:15:00 AM