The Rundown: Trump Goes It Alone

TRUMP GOES IT ALONE ON CORONAVIRUS RELIEF: President Donald Trump issued four executive orders dealing with relief for the financial impact of coronavirus over the weekend. But it is not clear whether the president has the authority to make them happen. His actions include suspending payroll taxes for those making less than $96,000 through the end of this year. (Payroll taxes fund Social Security, Medicare and Medicaid.)

He also boosted unemployment benefits by $400 a week, with the burden to be shared between the federal and state governments. He placed a moratorium on evictions due to non-payment and also deferred student loan payments.

It is not clear where the money is going to come from. In any case, the U.S. Constitution gives Congress power over federal spending.

Republicans and Democrats in Congress have failed to reach a deal on a new relief bill.
The executive orders did not address emergency relief for small businesses, direct payments to taxpayers, or assistance for cash-strapped states. Those are three big issues in Congressional negotiations.

Coronavirus Cases in the U.S. Surpass 5 Million: The number of people confirmed to be infected with coronavirus in the U.S. surpassed five million yesterday morning, according to the Johns Hopkins University count. More than 162,000 have died. About 54,000 new cases are identified every day.

New York Recovery Continues: New York State is continuing its steady recovery from coronavirus, recording an infection rate of just .78% yesterday, according to Governor Andrew Cuomo. The state was worst-hit in the nation at the start of the crisis in the Spring, and imposed a hard shutdown to stop the spread. Schools across the state are now permitted to reopen. 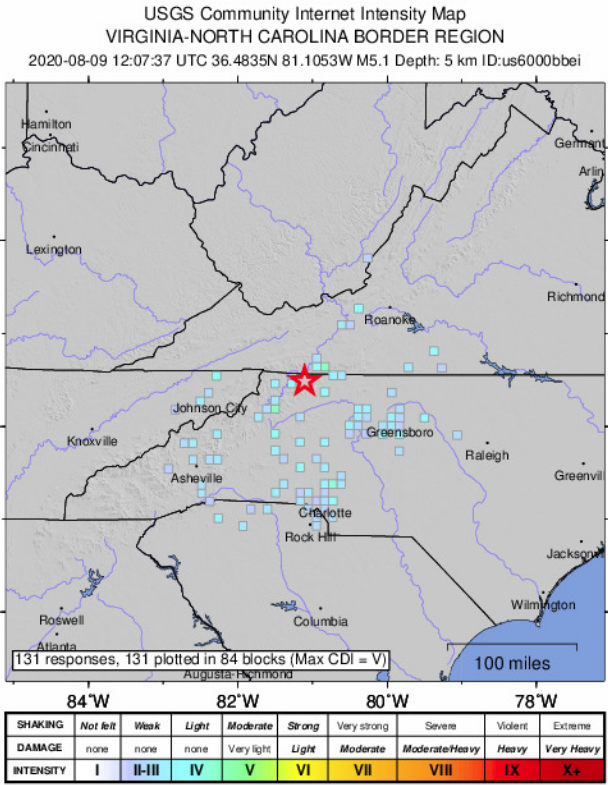 ➤AN EARTHQUAKE IN NORTH CAROLINA: A 5.1-magnitude earthquake struck North Carolina near the state’s border with Virginia yesterday. The tremors were strong enough to be felt 300 miles away in Atlanta. The U.S. Geological Service says it was the strongest earthquake to hit the state in 104 years. It cracked walls and roads in and around the town of Sparta.

➤A MESSAGE FROM NAGASAKI: The people of Nagasaki, Japan, yesterday marked the 75th anniversary of a nuclear bomb being dropped on it with a message from the world: Do more to ban nuclear weapons from being used in the future. More than 70,000 people died when the U.S. dropped the weapon known as “Fat Boy” on the city three days after bombing another Japanese city, Hiroshima. World War II ended days later with the surrender of Japan. Nagasaki’s mayor lamented that nuclear weapons are now being miniaturized and upgraded for easier use by nations including the U.S. and Russia. 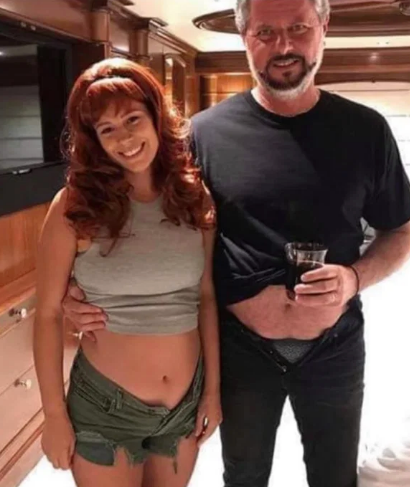 ➤FALWELL IS NOT AT LIBERTY: Jerry Falwell Junior is taking “an indefinite leave of absence” as president of evangelical Liberty University after a photo went viral that showed him on a yacht with his pants unzipped and his arm around a young woman who is not his wife. Earlier, he had said the photo was taken during a vacation costume party and vowed he was “gonna try to be a good boy from here on out.”

➤SIMON COWELL BREAKS HIS BACK: America’s Got Talent maestro Simon Cowell broke his back and underwent surgery Saturday night, according to multiple reports. The 60-year-old was rushed to a hospital after an e-bike crash in the courtyard of his Malibu home.

“Simon has broken his back and will be having surgery this evening,” a rep for Cowell confirmed on Saturday night.

“Simon had a fall from his bike on Saturday afternoon whilst testing his new electric bike in the courtyard at his house in Malibu with his family,” the rep added.

Reality television star Simon Cowell underwent 6 hours of surgery and had a metal rod put in his back after injuring himself while testing an electric bike at his California home, a spokesperson says. https://t.co/gRw7Sls7t9
— NBC News (@NBCNews) August 10, 2020

Cowell has been quarantining with his partner Lauren Silverman and their son Eric, 6, as well as her son Adam, 14, from a previous relationship. Cowell was due to return to AGT this week with his co-hosts Heidi Klum, Howie Mandel and Sofia Vergara, with the first live show since the onset of the pandemic airing Tuesday.

Cowell is frequently photographed on bikes and has credited it with a nearly 60-pound weight loss.

On Sunday, sources told Page Six that the star is in “recovery and asleep. He had to have a big surgery, he’s got a number of breaks and has had to have a metal rod put into his back. When he fell off the bike he landed right on his back which broke in a number of places,” noting it “was six-hour surgery overnight on Saturday.” 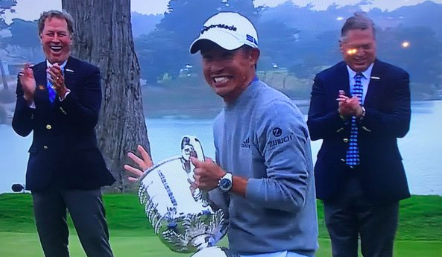 ➤COLIN MORIKAWA WINS FIRST MAJOR: Collin Morikawa, just 23 years old, won the 102nd PGA Championship in San Francisco yesterday. The young Californian has been a pro for only a year, and this was his second major. He shot a six-under-par 64 to finish at 13 under for the victory.

➤SOME NFL PLAYERS OPT OUT: The NFL insists its season will open on schedule this fall but at least 68 players have opted out, the league acknowledges. Half of those who decline to play are offensive and defensive linemen, the players who are most likely to be in very close contact with others during practice and at games. Leo Koloamatangi, an offensive lineman for the New York Jets, told The New York Times: “Where I play, I’m literally bear-hugging another creature on the other side of the ball every single play. If that guy has symptoms, I’m going to get them. For myself, I couldn’t take those chances.”

➤LUKA DONCIC’S LATEST STUNT: Dallas Mavericks star Luka Doncic put on quite a show during Saturday night’s game against the Milwaukee Bucks even if there was no audience to see it happen. Doncic finished the game with 36 points, 19 assists and 14 rebounds. It was his 17th triple-double of the 2019-2020 NBA season. The Mavericks ended up with a 136-132 overtime win against the Bucks in Orlando.

➤CARDINALS AILING: A number of St. Louis Cardinals players have gone to the emergency room in recent days for treatment of coronavirus symptoms, team manager Mike Shildt told radio station KMOX yesterday. He did not say how many had needed treatment but none required hospitalization. So far, 16 team members have tested positive for the virus. A scheduled series of games against the Chicago Cubs has been postponed.

➤BOSTON BRUINS HIT BOTTOM: The Boston Bruins lost their NHL round robin finale against the Washington Capitals 9-4 yesterday. That makes the Bruins the number 4 seed in the Eastern Conference playoffs despite capturing the President’s Trophy during the regular season.

➤NASCAR’S FIRST 21 RACES OF 2020: Kevin Harvick beat Brad Keselowski to the finish line in overtime at Michigan International Speedway over the weekend. That brings Harvick to five wins in the Nascar Cup Series season’s first 21 races, a tie with Denny Hamlin.

➤MID-AMERICAN CONFERENCE OFF: The Mid-American Conference of the NCAA has canceled its season for this fall because of the coronavirus pandemic. It's the first conference in Division 1 college football to shut down the season so far. MAC Commissioner Jon Steinbrecher called it "simply a miserable decision" that is necessary to protect the student athletes.
Posted 4:15:00 AM