The Rundown: U-S Citizens Could Be Banned At the Border

White House officials have been circulating a proposal that would give U.S. border authorities the ability to block U.S. citizens and permanent residents from entering the country from Mexico if they are suspected of being infected with coronavirus. https://t.co/1ec1zOvFki
— Stars and Stripes (@starsandstripes) August 11, 2020

The Trump administration is considering a new regulation that would ban U.S. citizens and legal residents from re-entering the U.S. from abroad if a border official “reasonably believes” the person may be infected with coronavirus. Current controls at the border can stop only foreign nationals without residency permits from entering. A draft of the regulation shared with The New York Times does not specify how long a citizen or legal resident might be prevented from entering the country.

New York Schools Try a ‘Blended Format’: Most New York City school students will be returning to school part-time in a trial project that officials call a “blended format.” That is, the kids will be in school for one to three days a week and will remain home for remote education on the other days. Parents were given a choice, with about one-quarter opting for full-time remote learning, according to The New York Post.

Global Cases Near 20 Million: As of late yesterday, the total number of confirmed coronavirus cases in the U.S. was 5,044,864, with 162,938 deaths reported, according to Johns Hopkins. The global number of cases of infections will reach 20 million cases this week, with an estimated 750,000 deaths, according to the World Health Organization.

➤WICKED WINDS BATTER MIDWEST: A series of storms with winds reaching more than 100 miles per hour battered the Midwest yesterday. More than a million homes and businesses in the Midwest lost power, including a third of Iowa’s homes, CNN reports. The storms slammed through downtown Chicago and downed trees and power lines throughout northern Illinois. Late last night the storm was moving east, and hopefully easing up.

➤100 ARRESTED AFTER CHICAGO MELEE: More than 100 people were arrested early yesterday morning after hundreds of rioters swept through Chicago’s fancy Magnificent Mile downtown shopping district. Hundreds of people charged down the shopping streets, smashing windows, looting stores and, at one point, exchanging gunfire with police. Thirteen police officers were injured and two civilians were shot during the four-hour melee. The mayhem was apparently a response to an earlier incident during which a police officer and a resident exchanged gunfire.

➤LEBANON’S PRIME MINISTER RESIGNS: Lebanon’s prime minister stepped down last night in response to massive demonstrations that followed a catastrophic explosion in Beirut’s downtown. The blast was caused by the storage of dangerous chemicals at the city’s port. A number of other government officials have already resigned. 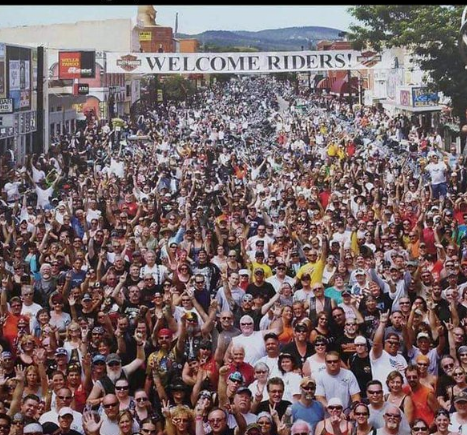 ➤STURGIS MOTORCYCLE RALLY DRAWS A CROWD: The 80th annual Sturgis Motorcycle Rally is in full swing as thousands of bikers descend on the South Dakota town from all over the country. As many as 250,000 are expected to attend the 10-day event. “I don’t want to die, but I don’t want to be cooped up all my life either,” one biker told NBC News. The 7,000 residents of Sturgis have been promised free coronavirus tests after the bikers depart.

➤TRANSGENDER TEEN WINS SUIT: A transgender teenager in Florida has won his fight against a Florida school district that forced him to use the girl’s bathroom. The decision by the U.S. Court of Appeals for the 11th Circuit upheld a lower court ruling that ordered schools in St. Johns County, Florida, to allow transgender students to use bathrooms that align with their gender identity. Drew Adams is now 19 and has already graduated from the school. He’s been fighting his court battle for three years. 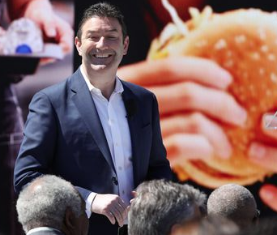 ➤McDONALD’S SUES EX-CEO: McDonald’s is suing its former CEO. The company says Steve Esterbrook walked away with a $40 million severance deal plus six months’ pay after admitting an affair with an employee during a company investigation last November. It seems he concealed sexual relationships with at least two other employees. The company is now reclaiming the severance pay on the grounds that Esterbrook lied about his other extracurricular activities and destroyed evidence to conceal them.

➤TRUMP WANTS COLLEGE FOOTBALL BACK: President Donald Trump wants college football back. In a tweet, he expressed his support for a group of college players who are pressing for the games to go on in spite of the coronavirus pandemic. “The student-athletes have been working too hard for their season to be cancelled,” the president wrote on Twitter. Some well-known names are behind the student cause, including Clemson quarterback Trevor Lawrence, Ohio State quarterback Justin Fields, Oklahoma State All-America running back Chuba Hubbard and Alabama running back Najee Harris. They’re posting on social media with the hashtags #WeWantToPlay and #WeAreUnited.

➤CARDINALS-TIGERS DOUBLEHEADER POSTPONED: The St. Louis Cardinals’ doubleheader against the Detroit Tigers has been postponed so that players can stretch out their quarantine time, according to Major League Baseball. With 13 games postponed so far, the Cardinals haven’t played since July 29. Nine players and seven staff members have tested positive for the coronavirus.

➤METS PITCHER STROMAN OPTS OUT: New York Mets pitcher Marcus Stroman is opting out of the 2020 baseball season, citing concerns over coronavirus. “There’s just too many uncertainties, too many unknowns right now to go out there, and truly just put the health for my family and myself first and foremost,” he said. Stroman was sidelined by a calf injury but has now recovered.
Posted 6:03:00 AM